Freeman's Mill Park With the Girls

The girls go back to school next Monday (August 7), so, to make sure we didn't spend the whole last week of summer on the sofa watching "Animaniacs" on Netflix (though that is a pretty darn good use of one's time), I packed the girls into the car this morning and told them we were going on a surprise trip. Except for some arguments involving hair brushing (always a source of conflict), they enthusiastically went along; apparently they were as ready to get out of the house as I was.

In keeping our destination a surprise, stubbornly refusing to respond to the barrage of "Where are we going? Where are we going?", I was risking terrible disappointment, of course, since their idea of a worthy surprise doesn't always line up with mine. Fortunately, however, they were pretty happy walking around Freeman's Mill, then playing for a few minutes on its playground: 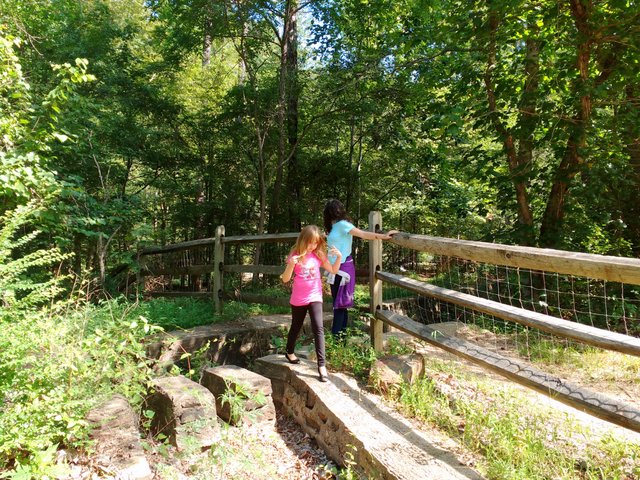 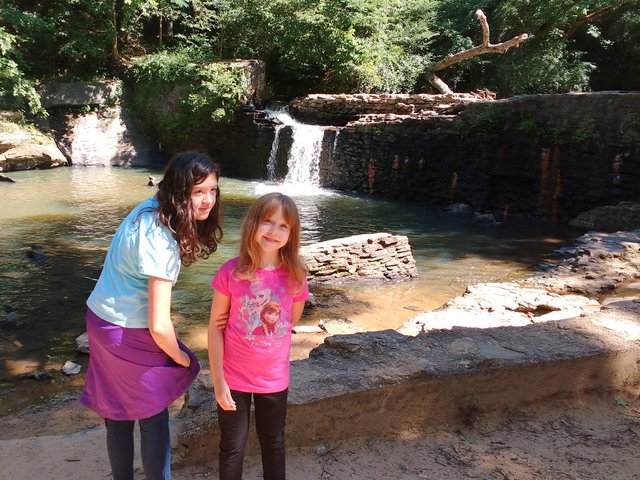 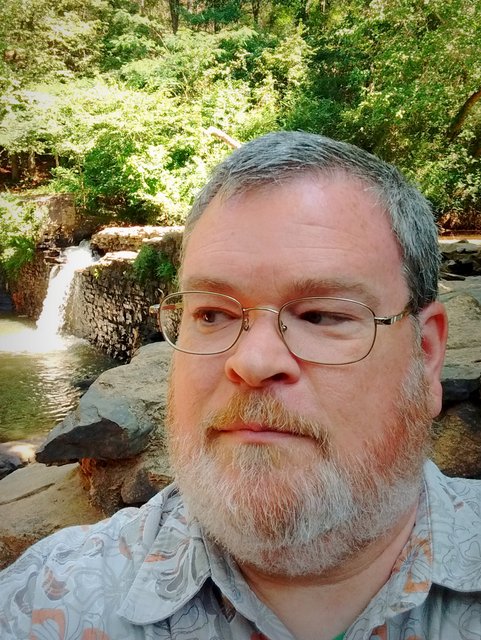 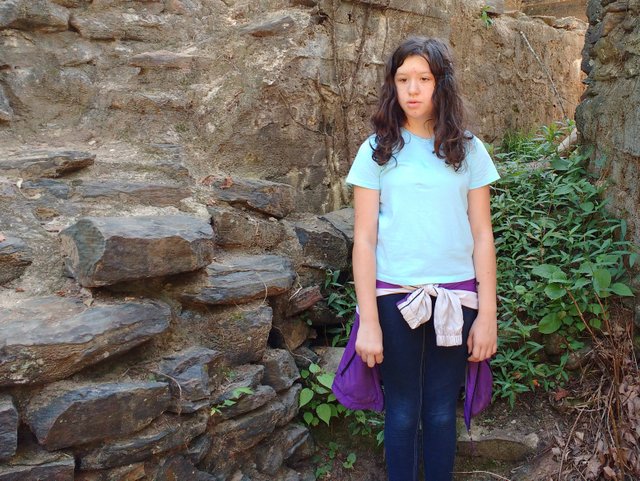 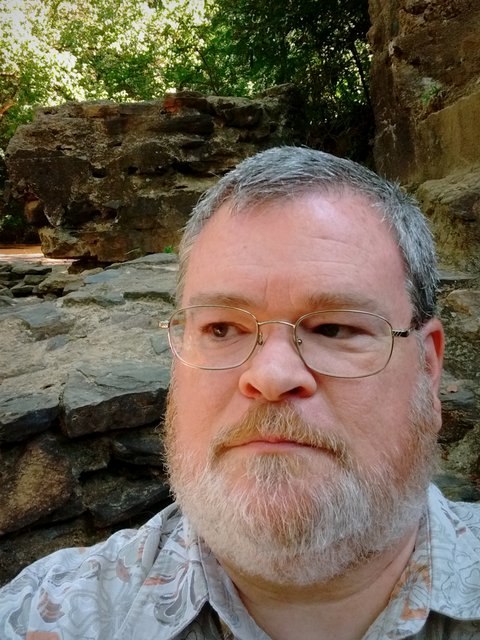 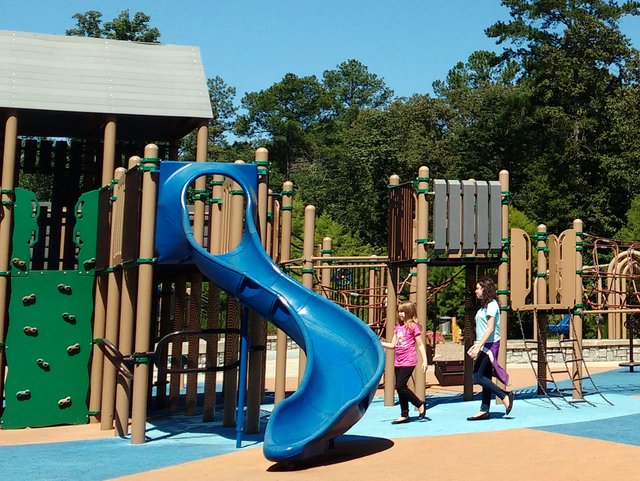 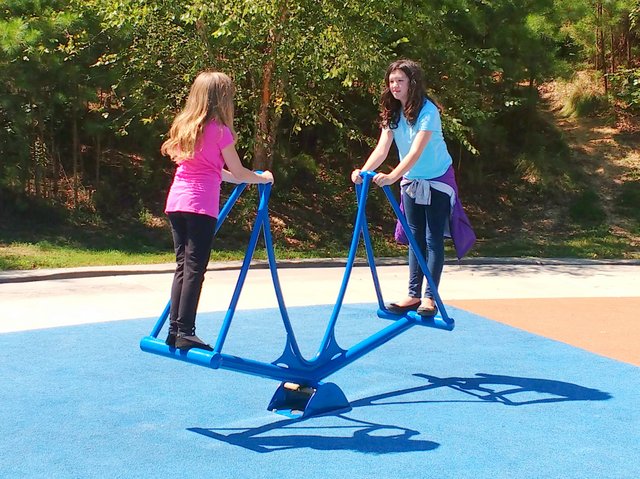 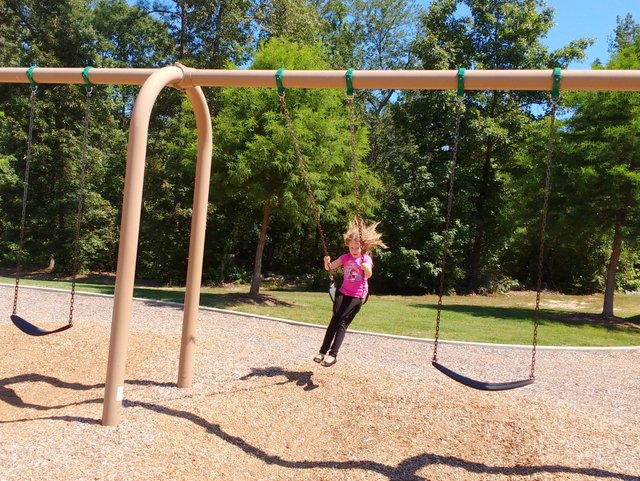 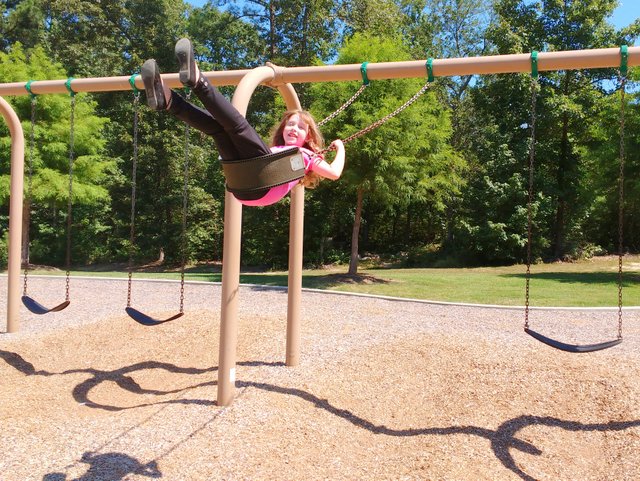 Afterwards we went to lunch at the Stevi B's in Lawrenceville, arriving just in time to eat with approximately a million summer camp kids (in all seriousness, there were probably 100 of them. No kidding.). Now we're safely back home, and "Animaniacs" is playing on the TV. All's right with the world.

Posted by Chris Burdett at 3:35 PM

Labels: Jessica and Elyse and Dad