One unexpected way in which getting well into middle age has affected me is that when I learn that some artifact of my youth--a person, a building, a store; nearly anything--is no longer here with us, even when it's someone or something that wasn't that important to me when I was growing up, I find myself unaccountably nostalgic and pensive.

I grew wistful a few years ago when I found out that Doug Henning had been dead for more than a decade, though I hadn't been especially attached to Henning in my youth (other than, I will admit, a certain amount of hair envy, but that's a whole other story). Though this fact shouldn't really have moved me at all, I felt sadness and disappointment when I learned that, many years ago, Shields and Yarnell had gotten divorced. It's more understandable that one day eight or ten years ago, when I drove by the site of the Ingleside Presbyterian Church building I went to every Sunday when I was growing up and saw that it had been razed, I was very saddened indeed. Should it make me melancholy when I realize that I'll never again shop at Treasure Island or Richway, or never again eat at the Wendy's Superbar? Probably not...but sometimes it does. These are all people and places that I don't think about every day, but when I do remember any one of them, I get sentimental and stop whatever I'm doing to stare off into space for a while.

It's silly, I know. The world we live in today is filled with wonderful people and buildings and stores that contribute to the richness of our lives, even if they weren't around when I was eight or ten or twelve. There's nothing magical about someone, or something, having been on TV, or on Lawrenceville Highway, in the 1970s when I was a kid.

But yesterday both Helen Reddy and Mac Davis died. I haven't thought much about either of them in years, but I'm sorry they're gone.

Posted by Chris Burdett at 9:27 PM No comments:

Raindrops on the car window 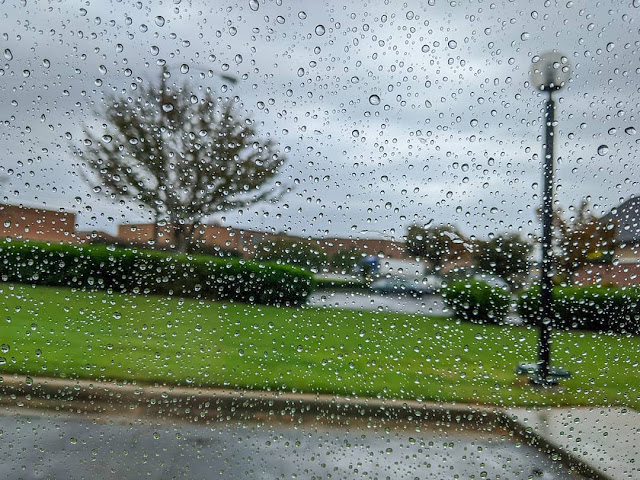 Raindrops on the car window
September 29, 2020
Snellville, Georgia
Posted by Chris Burdett at 11:30 AM No comments:

Today Jessica and I went to McDaniel Farm Park in Duluth to take pictures. This time I got some good pictures of her, unlike last week at Freeman's Mill, and here are some of them (as well as some pictures she isn't in): 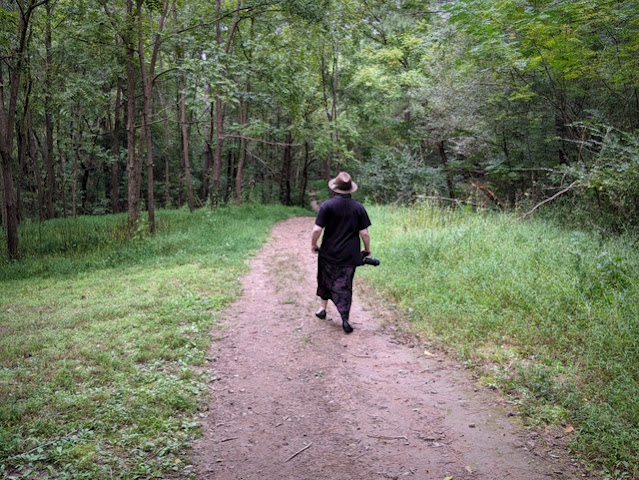 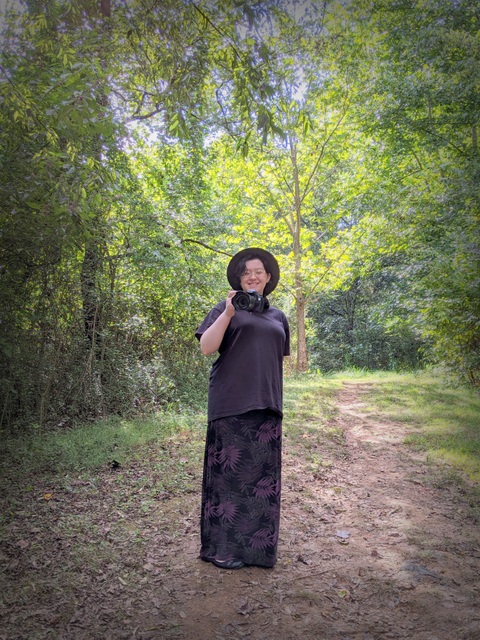 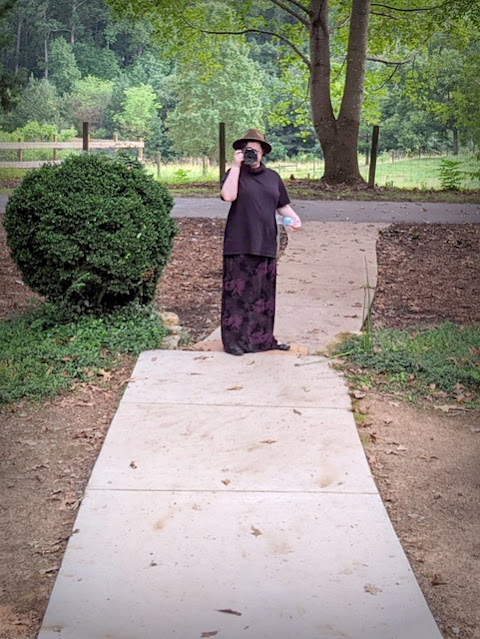 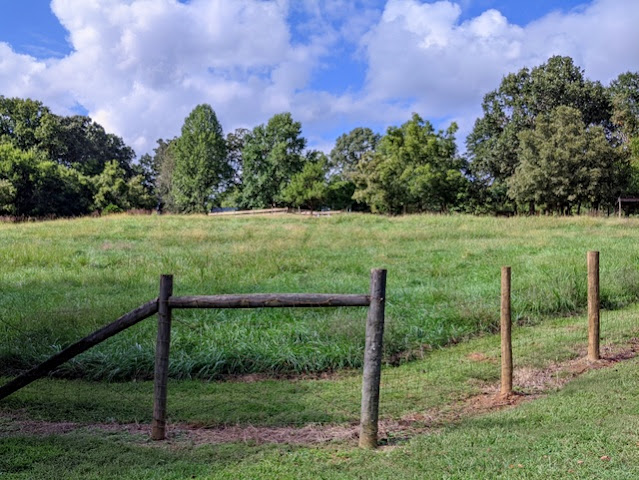 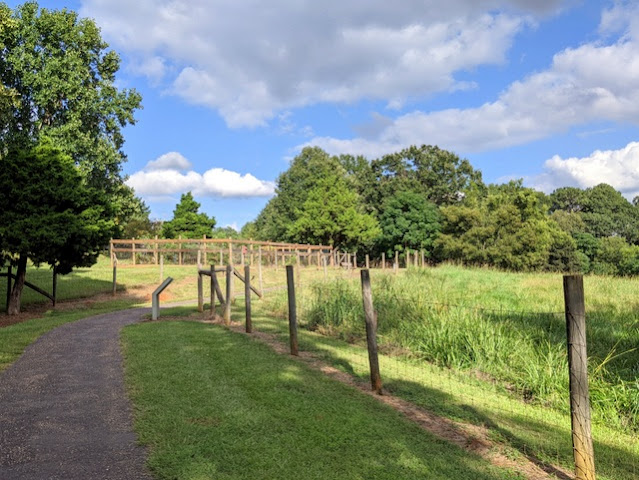 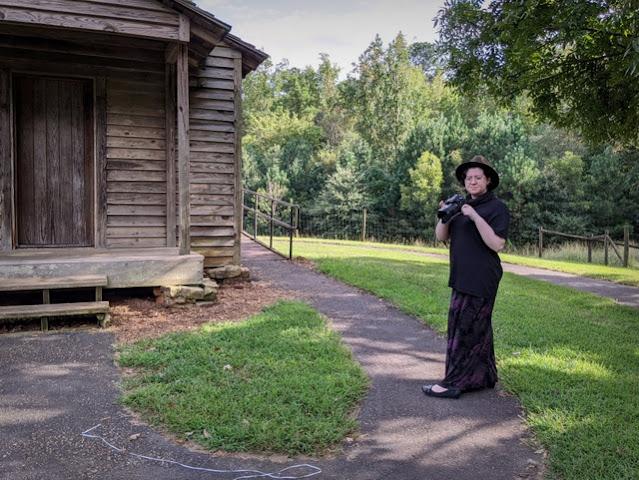 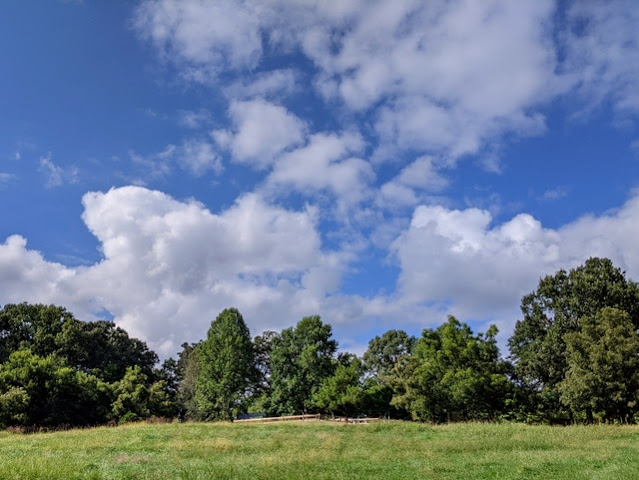 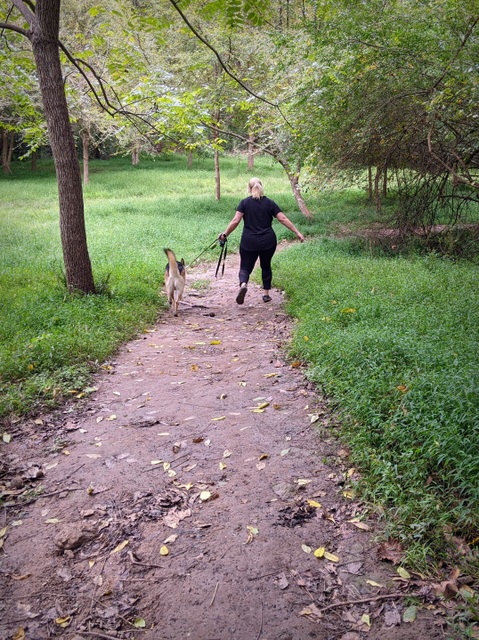 I don't know who this lady walking her dog is, but I like this picture of her trotting along down the slightly muddy path, and I hope she wouldn't mind me posting it here. (I also hope the dog wouldn't mind.)
Posted by Chris Burdett at 10:00 PM No comments:

Today Jessica and I went to Freeman's Mill Park in Lawrenceville to walk around and take some pictures. Here are some of the picture I took: 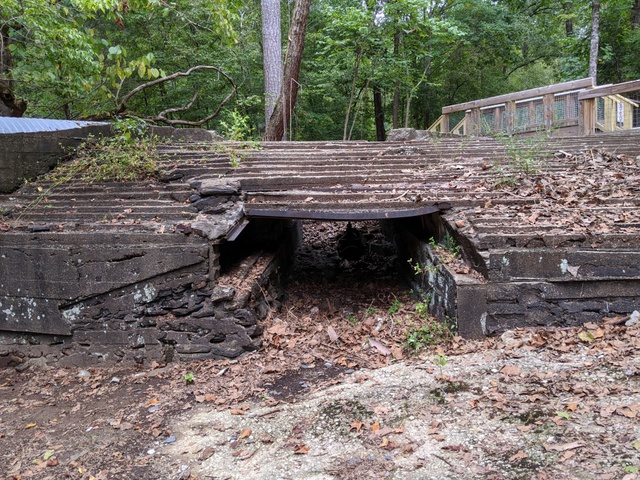 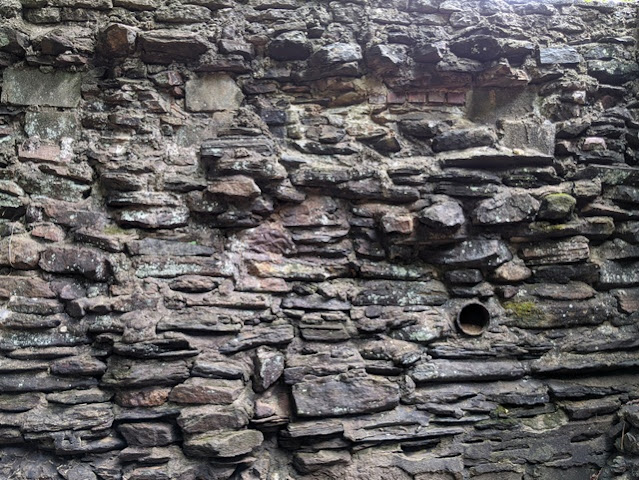 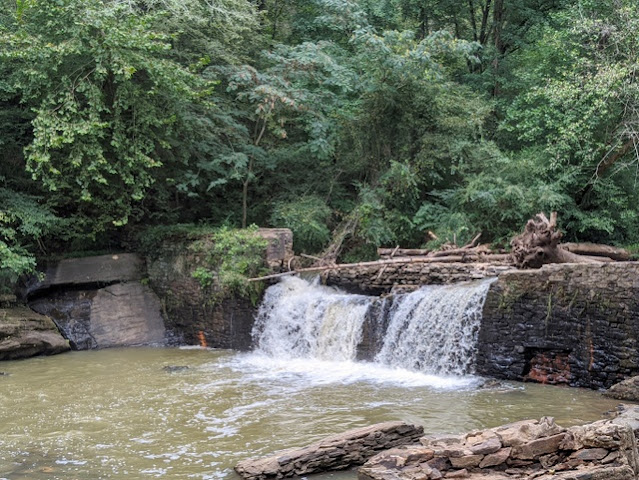 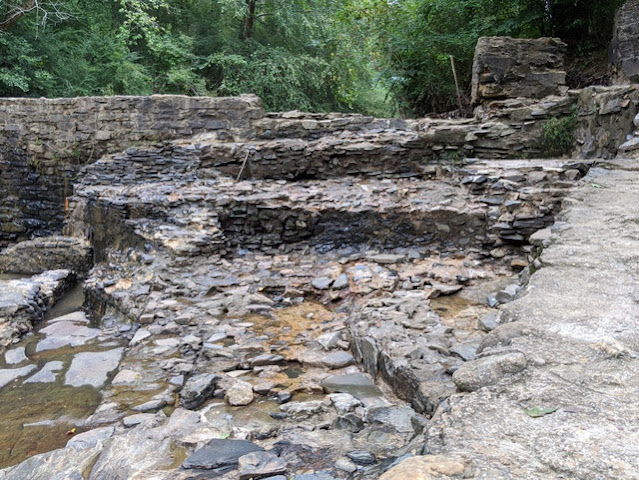 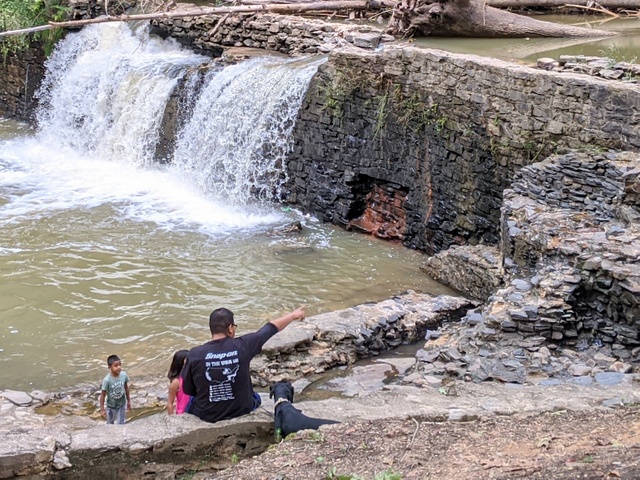 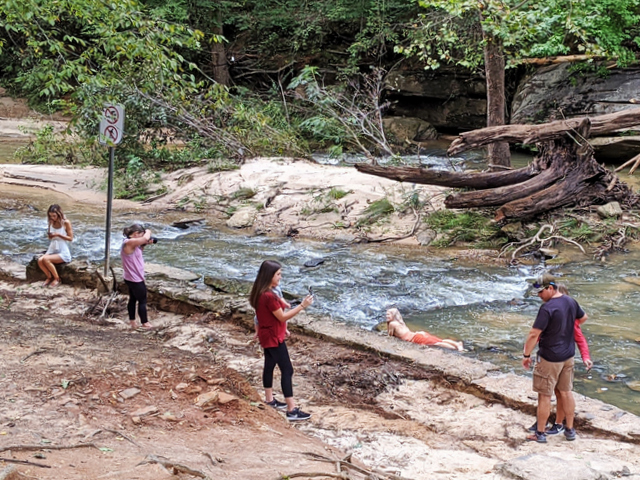 It was fairly busy, as you can see, but that's good, since what Jessica really likes to do--and I do too, as you can see above--is to sneak around and try to get surreptitious pictures of strangers without them knowing it (I know there's some redundancy in that phrase, "surreptitious" implying as it does "without them knowing it," but I'm sticking by it, dadgummit). It's often called street photography, and, as the Wikipedia entry says, it "features unmediated chance encounters and random incidents within public places," which basically means "surreptitious pictures of strangers," and also, "[s]treet photography does not necessitate the presence of a street or even the urban environment," which basically means these nosy pictures I took of people at a county park qualify as art, dadgummit.

On our garage wall: A Tanka 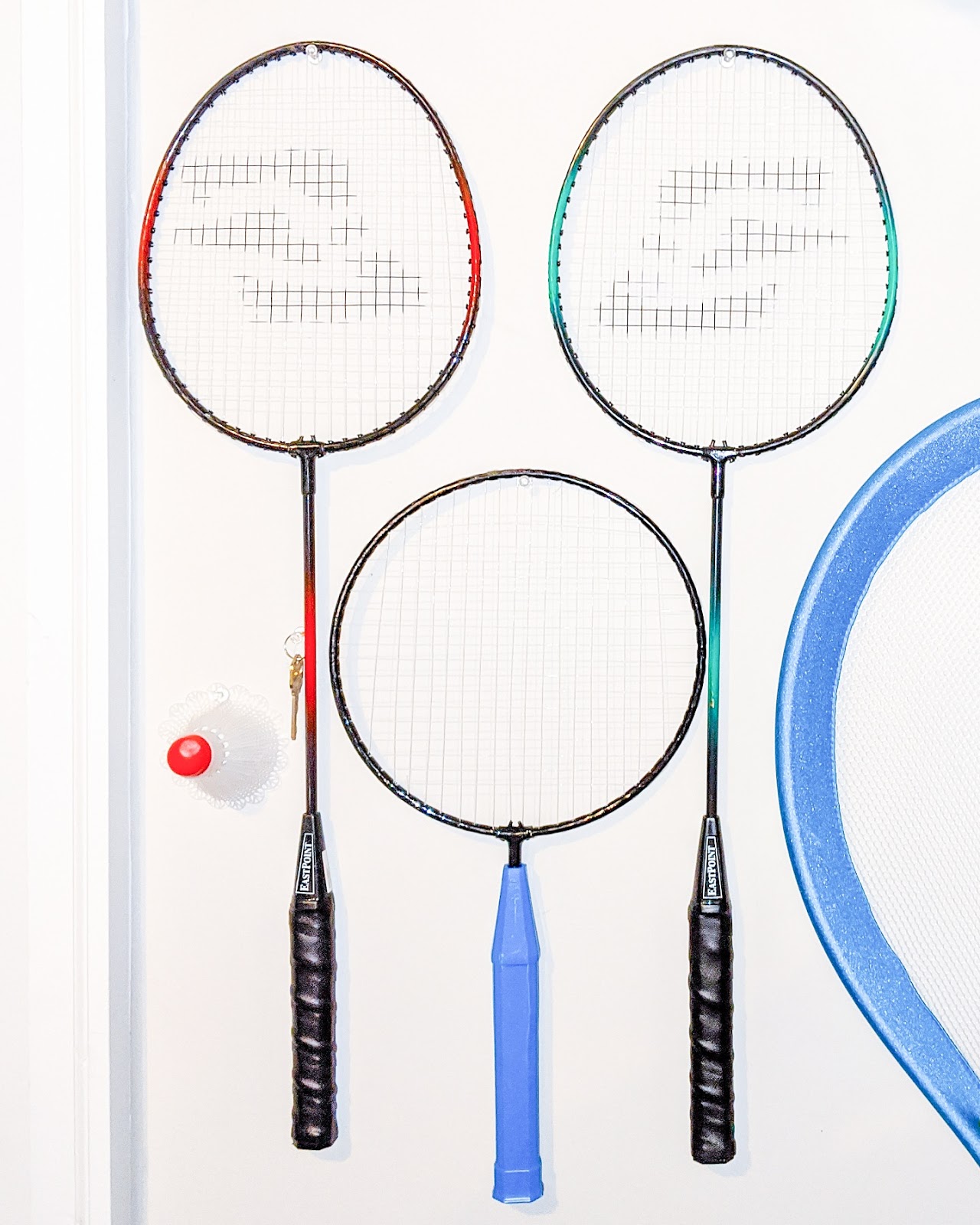 On our garage wall,
Rackets are waiting for Spring.
Evening approaches.
The rain continues to fall,
And soon it will be Autumn.
Posted by Chris Burdett at 8:02 PM No comments: