Critters in the Planet Burdett Backyard

We have a number of bird feeders in our backyard and one attached to a living room window. We do get a good variety of birds that visit (and probably live in) our backyard, but for this post I'm concentrating on some of the other critters who regularly visit our yard, and also on the cats who watch them.

Most of our bird feeders are "squirrel proof," though the squirrels aren't yet convinced of that: 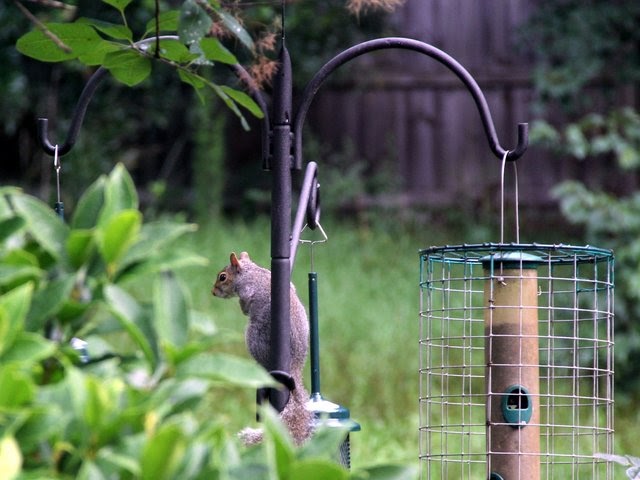 The squirrels love eating the peaches in our backyard peach tree: 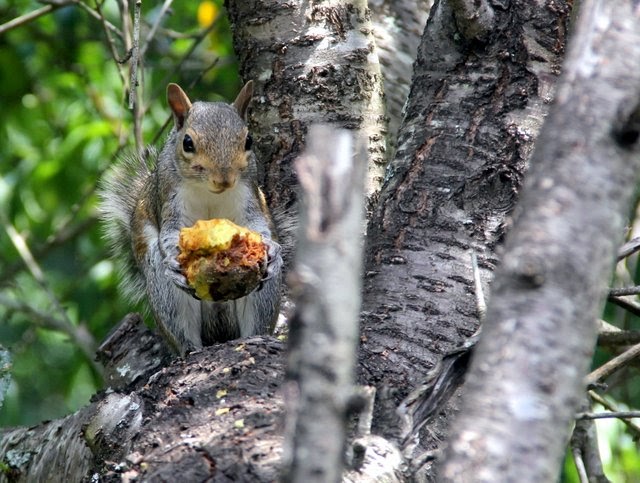 Our resident chipmunk felt sufficiently hidden from predators on our deck rail, with its cover of wisteria and whatever that bush is, to sun itself and groom for several minutes: 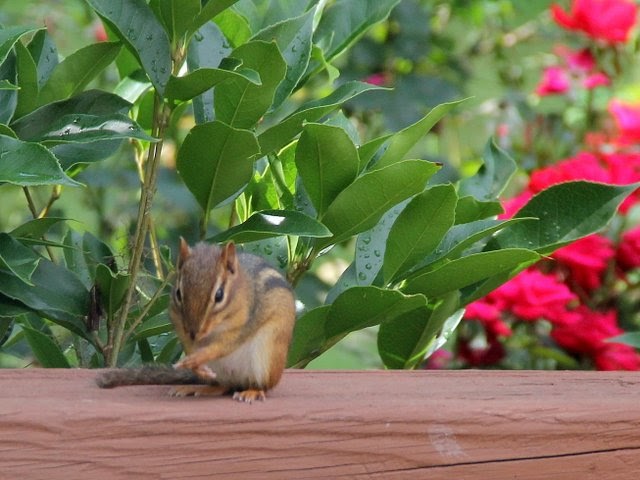 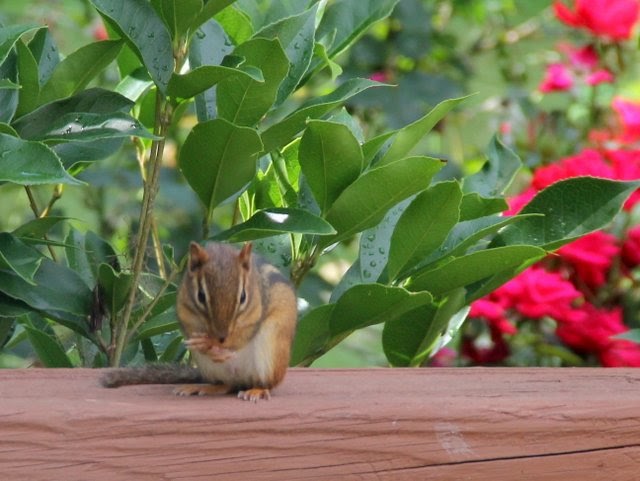 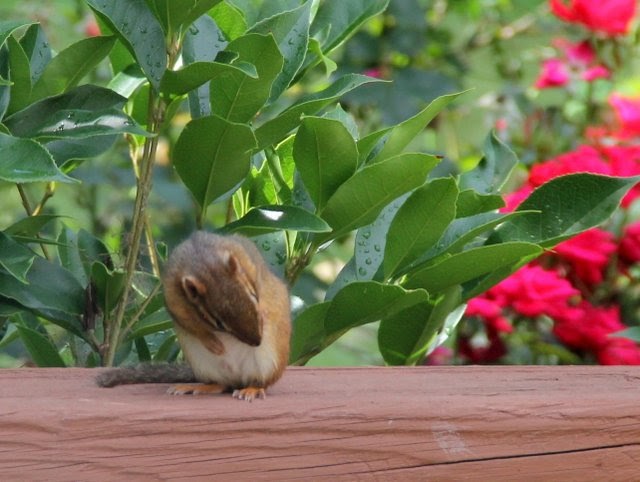 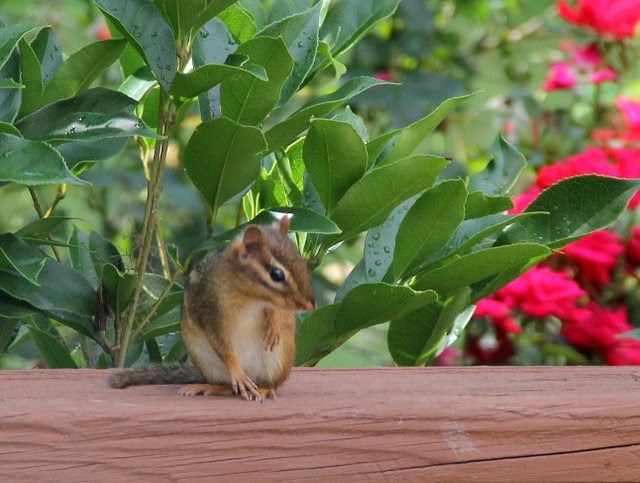 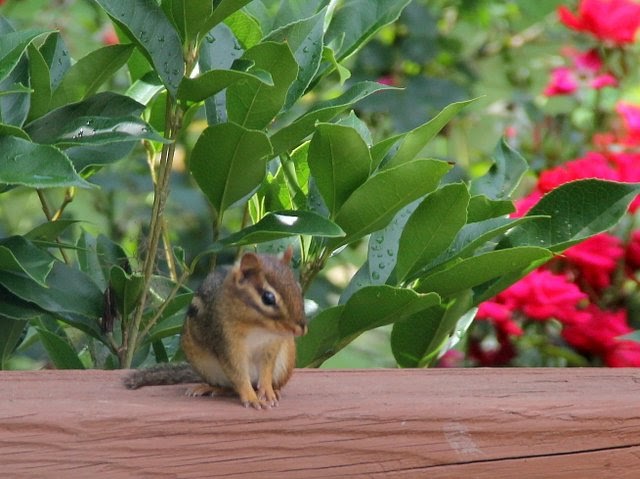 (I realize most of these picture are actually focused on the leaves, not the chipmunk. It was the best I could do.)

The rabbit in back kept a close watch on us--I don't even know for sure if he could see us through the window, but he sure acted like he could--while the rabbit in front ate. I don't know enough about rabbits to say if he was more likely a parent or a boyfriend to the other rabbit--or even if he is a he--but this rabbit was a good vigilant companion. 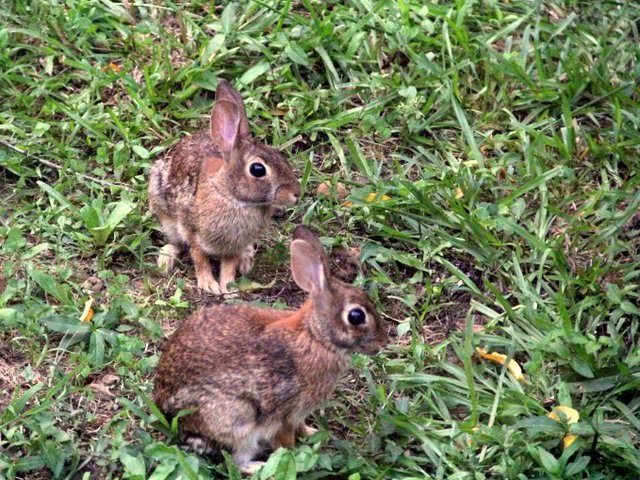 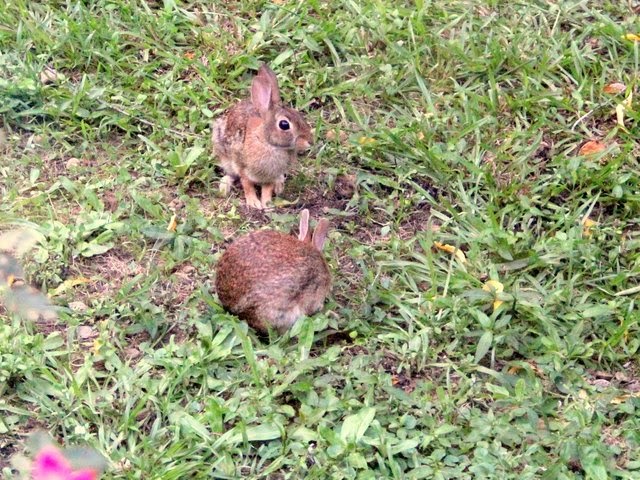 We haven't yet gotten many birds to visit our window-mounted feeder, but the squirrels love it, and the cats, especially Halle-Bopp, love watching them: 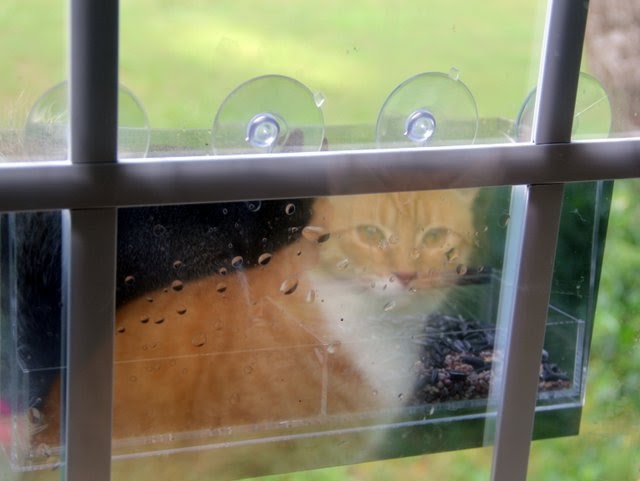 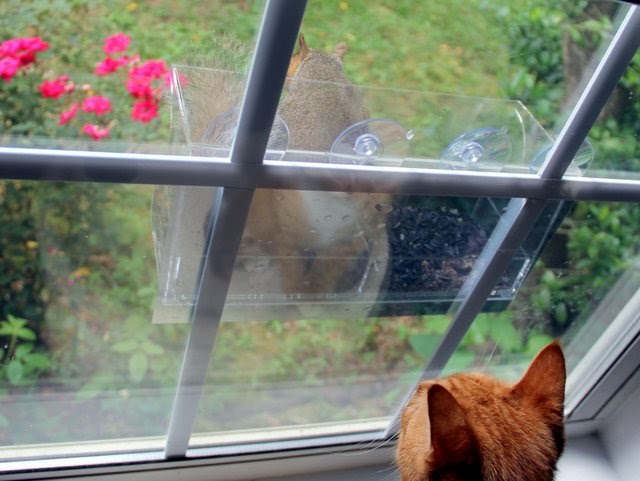 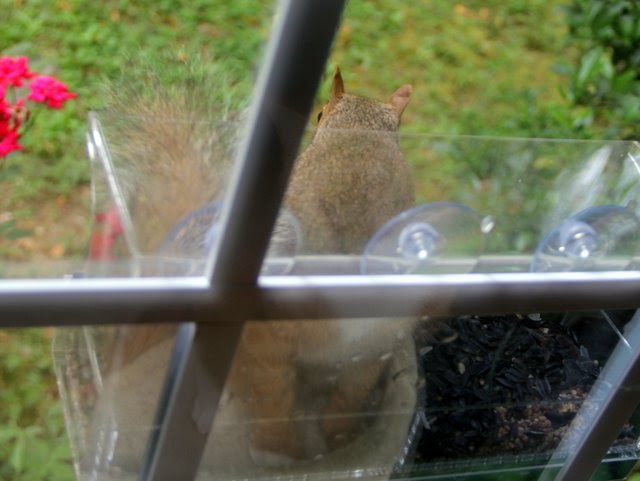 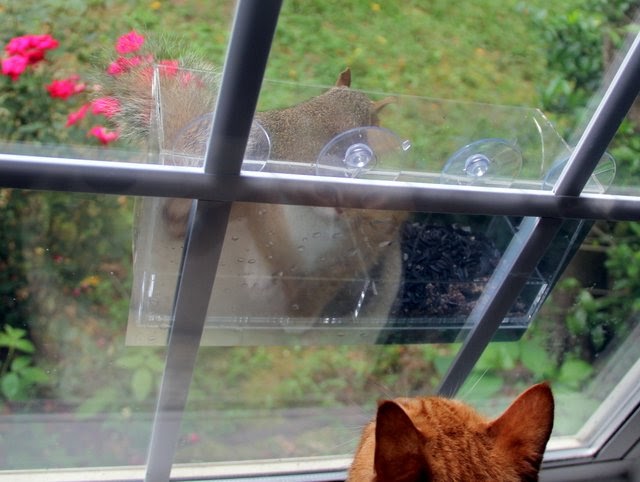 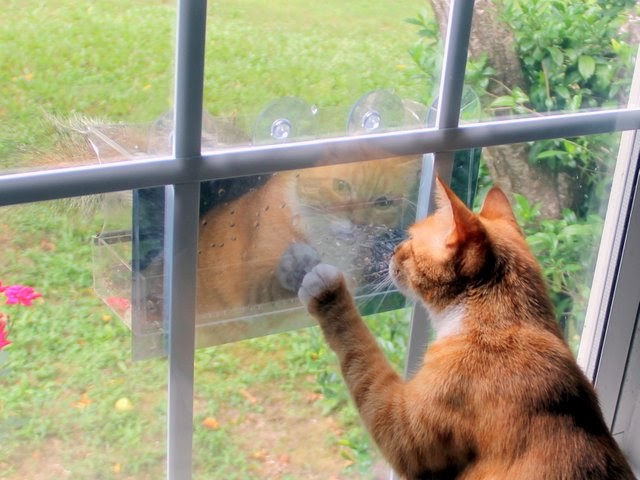 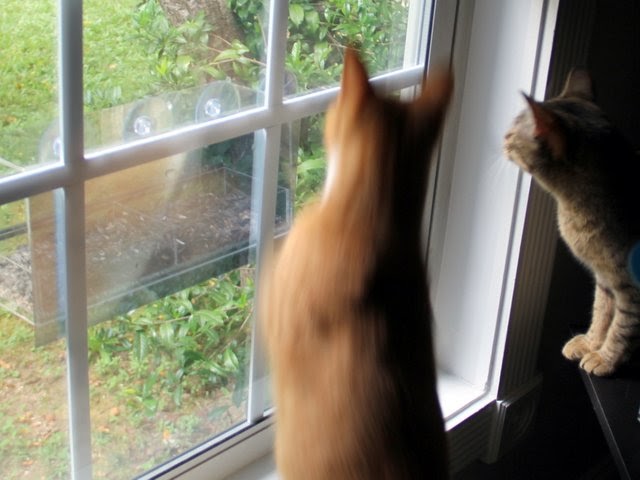 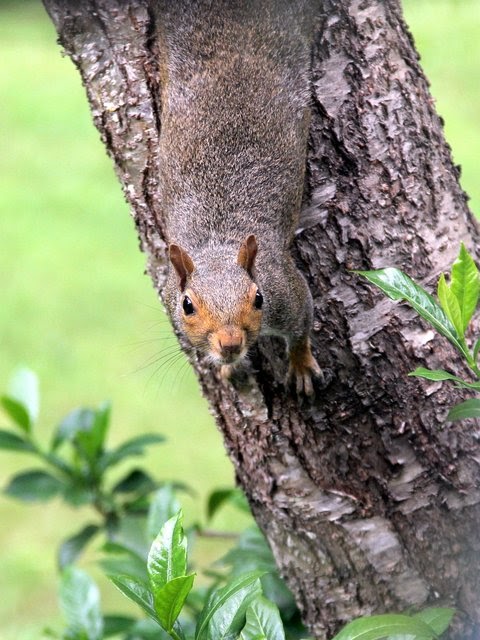 Labels: The Cats, The Whole Family 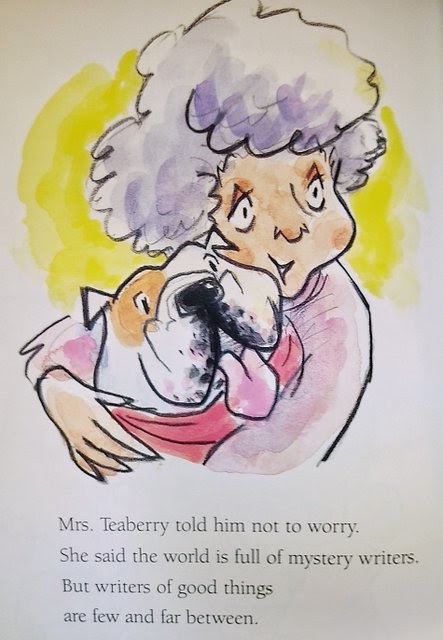 This is hardly an exhaustive list; there are plenty of other times when I'm happy (when we go to Rock City or the zoo; when there's ice cream in the freezer; payday and the following two or three days, until the money's all gone), but this is a pretty good introduction to the kinds of things that I believe make life worth living.
Posted by Chris Burdett at 10:00 PM No comments: