The last three days here in Pensacola have been a whirlwind of walking along the beach, feeding the seagulls, and going to the Gulf Breeze zoo, among many other more mundane activities. Here are a few pictures from it all: 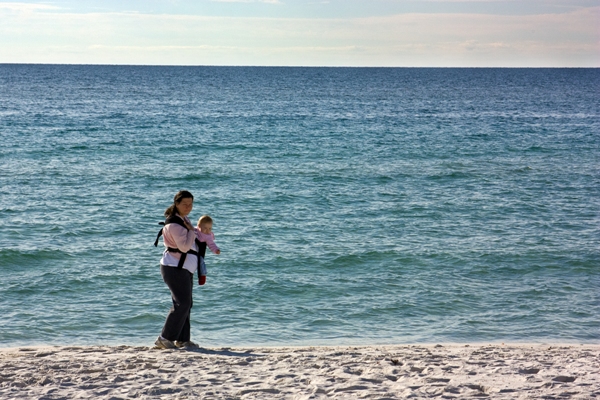 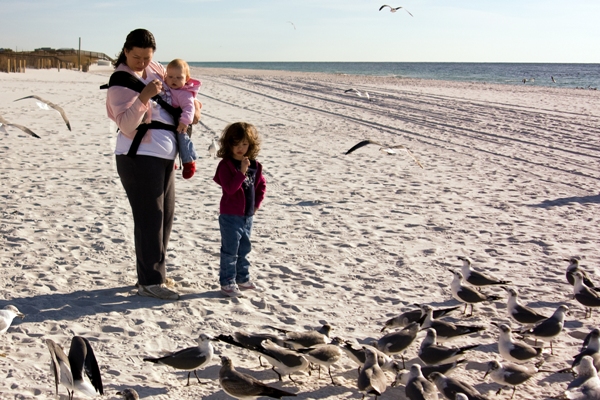 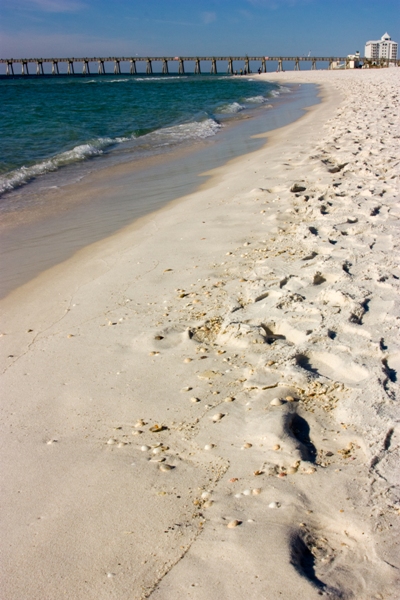 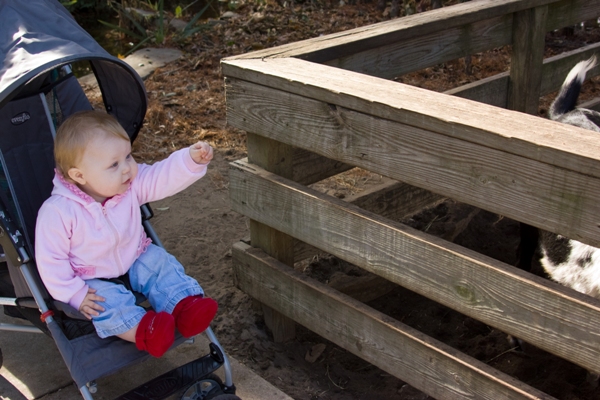 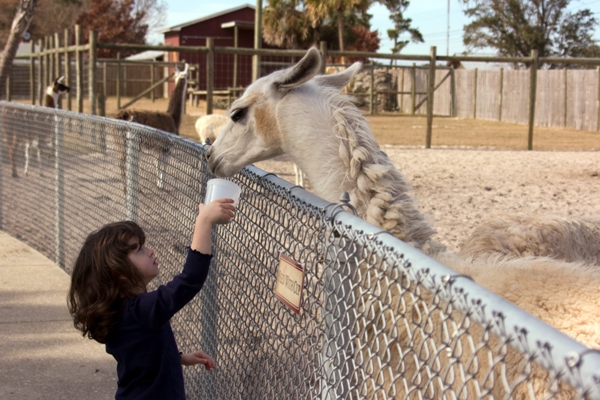 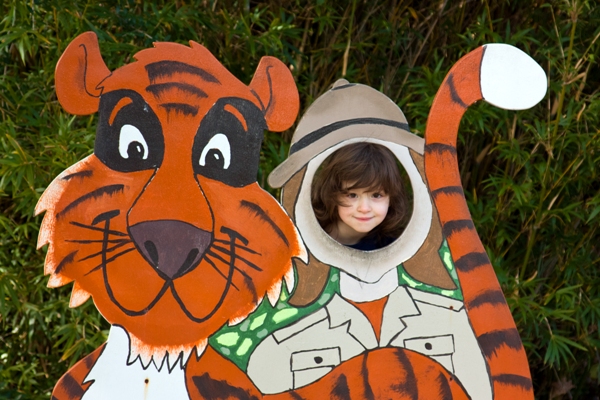 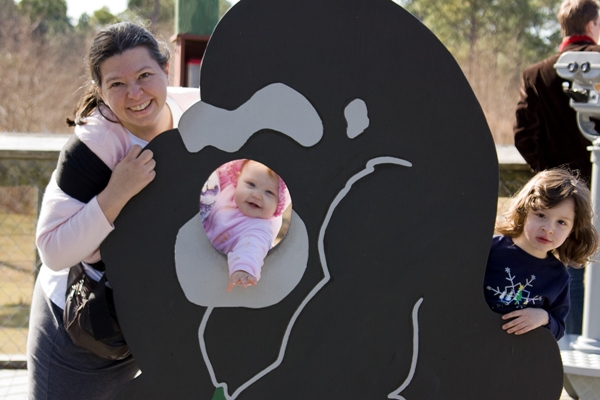 Tomorrow morning we will pack up and start the drive home. We'll be stopping for the night in Montgomery, AL, and then finishing the trip on New Year's Day.

See you next year!
Posted by Chris Burdett at 12:01 AM No comments:

We're about two-thirds of the way to Pensacola right now; we spent the night at the Comfort Inn in Greenville, AL, which is where we are now.

We left yesterday afternoon around 4:15, stopped for coffee at a RaceTrac in Lithonia, and drove for 100 miles before we stopped for dinner at a Waffle House east of Auburn. We found out that Elyse does NOT like to travel at night; after we left the Waffle House, she cried and screamed and screamed and cried until we got to the Books-A-Million in Opelika (a good place to stop for evening snack, since they have a decent cafe). She did get to sleep fairly quickly after we left the Books-A-Million, and slept the whole night through, barely waking up when we brought her into the hotel. Jessica also barely woke up when we came in, though she had some trouble sleeping through the night.

This morning, though, Elyse was just delighted to find herself in a strange hotel. Anna and Jessica had gone down for breakfast, but when Elyse woke up, she looked around, gave a quizzical baby "Huh?", and started smiling and clapping and waving. She thought it was just great that we were on a road trip!

We'll be leaving Greenville in about forty-five minutes, around 9:30 a.m. local time, with an eye toward reaching Pensacola around noon.

(Click here to read about the rest of this adventure.)
Posted by Chris Burdett at 9:47 AM No comments:

We took advantage of Anna's parents' recent visit to take some formal pictures. Here are a few of them: 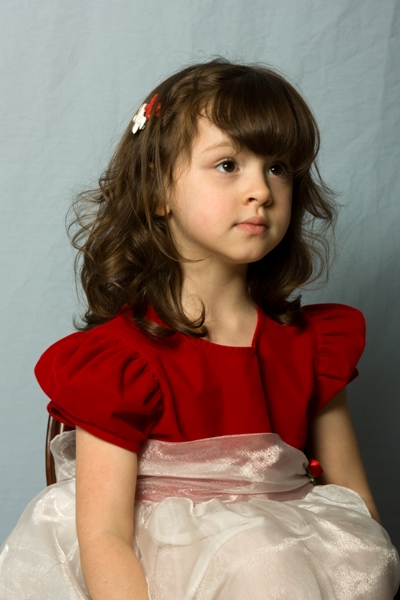 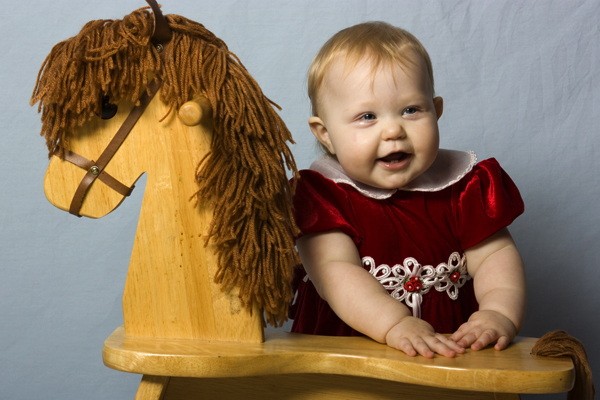 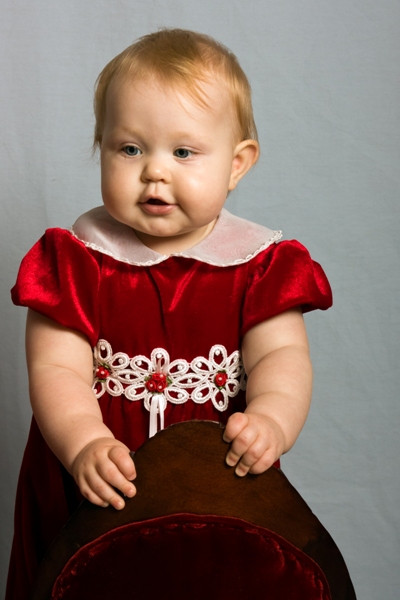 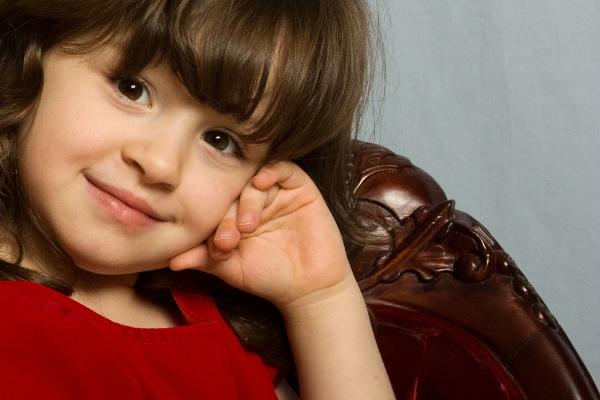 Here are Jessica and Elyse with their grandmothers: 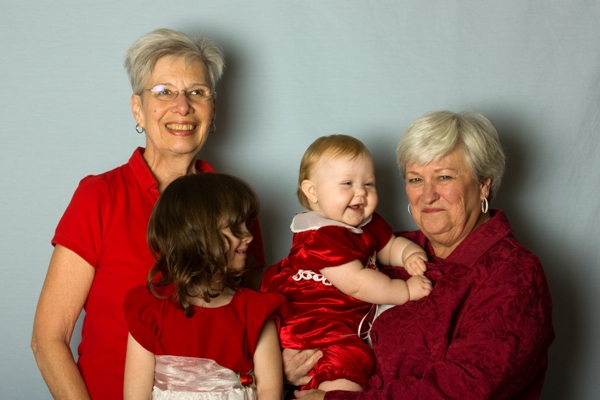 And with the grandfathers: 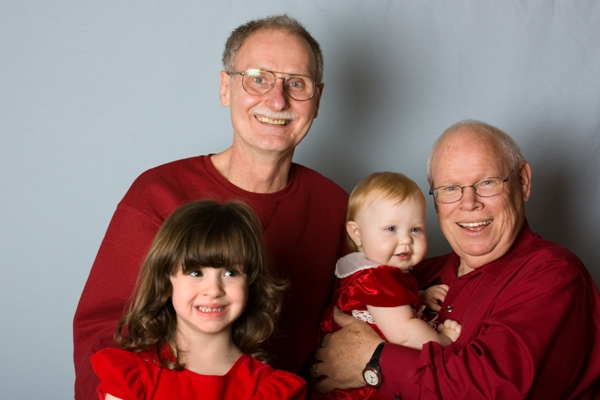 And here--trying to fit ourselves into a space that's really too small for seven people, even if two of them are very little people--is the whole lot of us: 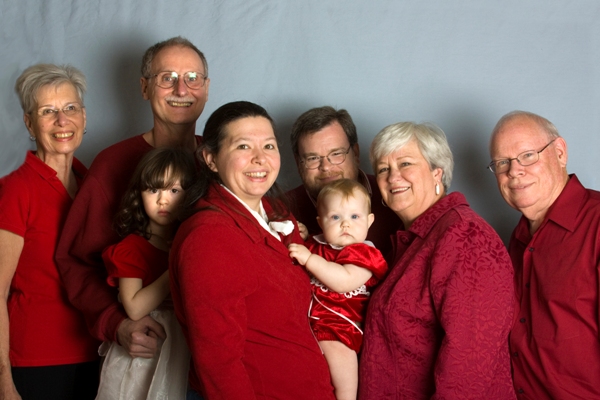 (Before I attempt a group shot like this again, I'm going to get a king-size sheet and three more feet of PVC pipe.)
Posted by Chris Burdett at 11:10 PM No comments:

The Most Wonderful Time of the Year: A Meaningful Christmas

Here are five pictures from a photographic study I did of my mother's fifty-year-old Bible (which has ended up somehow amongst all our books): 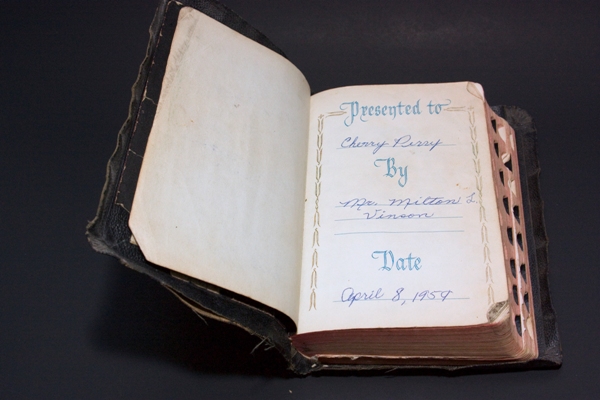 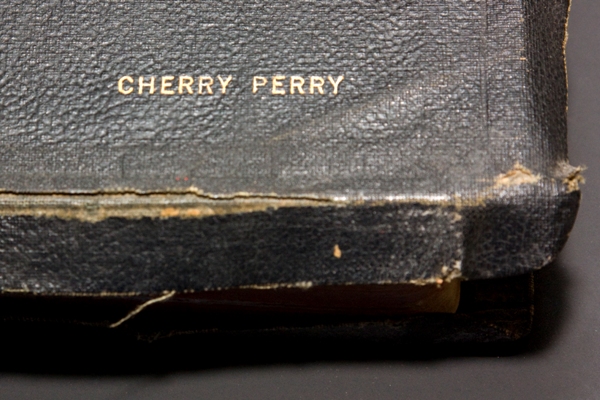 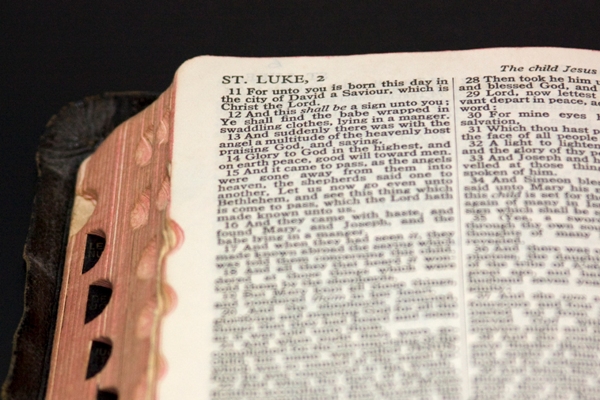 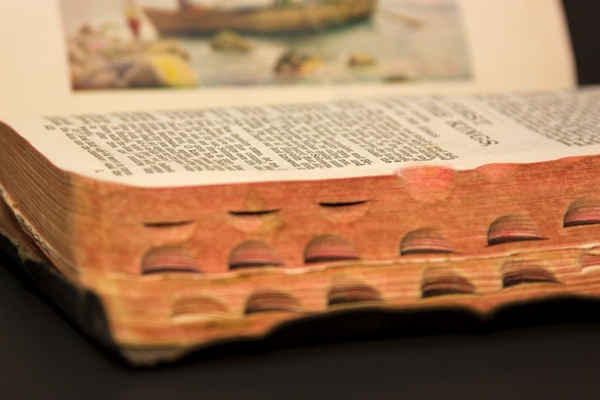 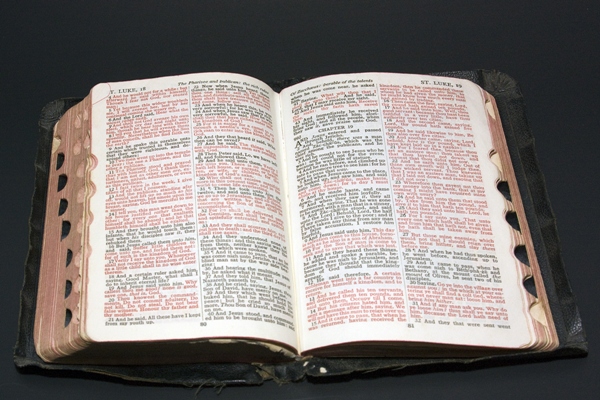 Posted by Chris Burdett at 6:59 PM No comments: 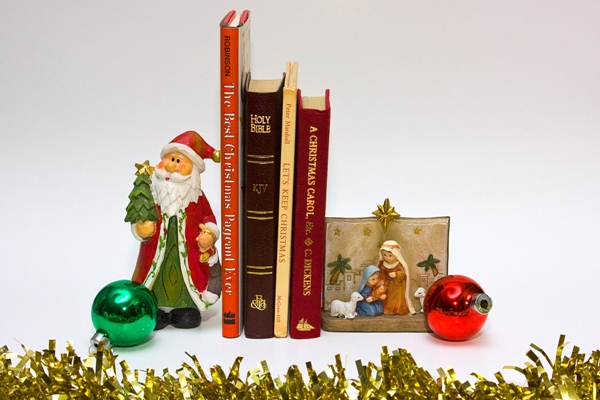 Posted by Chris Burdett at 7:11 AM No comments:

Here are four recent pictures of Elyse, which I took while I was entertaining her so Anna and Jessica could work on their gingerbread house: 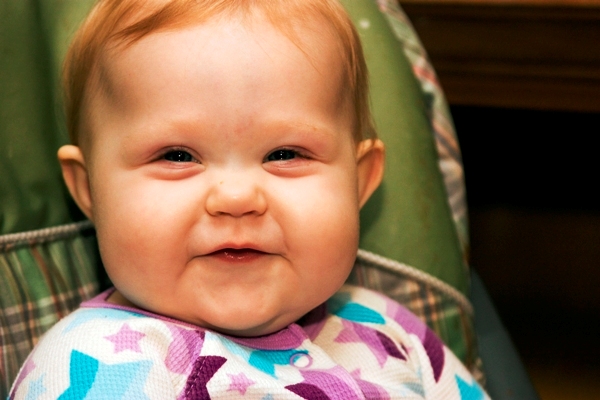 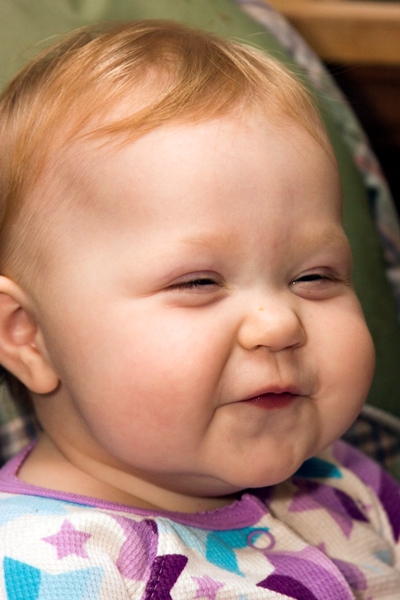 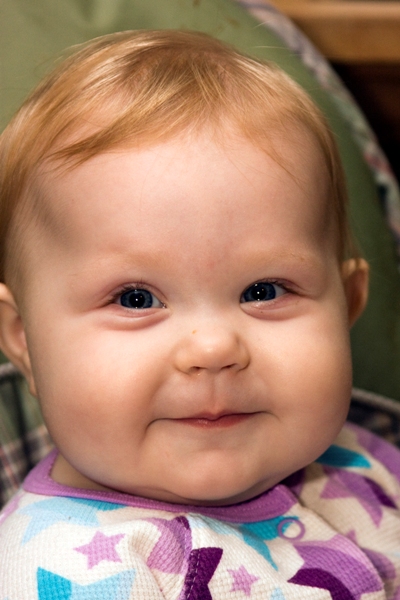 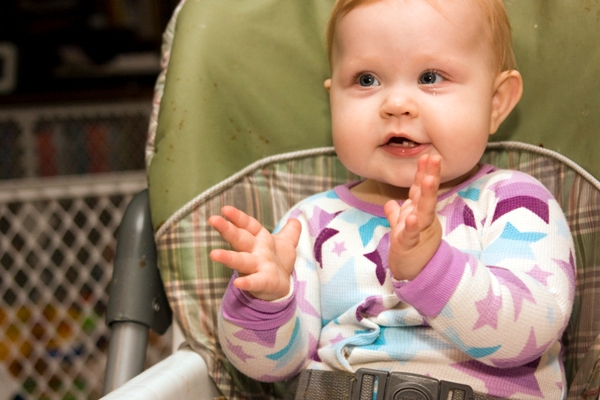 (In this one she is, as you can see, in mid-clap. She likes to clap. Yaaaayyy, gingerbread house! Yaaayyy, Daddy's camera! Yaaayyy, Elyse!)
Posted by Chris Burdett at 8:28 PM 1 comment: