Tonight we went to STEAM Night at the girls' school to participate in some Science, Technology, Engineering, Arts, and Mathematics activities, and also to eat ices from one of the food trucks parked out front. (I wish I hadn't had supper at home so I could have gotten something from the Mac the Cheese truck.)

(She was trying to make the Eiffel Tower, but it wouldn't stand up.)

Jessica is the Frank Lloyd Wright of toothpick-and-marshmallow design:

This stack of books wasn't part of any STEAM activity, I just liked the looks of it. Coincidentally, this classroom is Ms. Redd's, Elyse's Kindergarten teacher, though she was in another room tonight.

This afternoon, Anna took the girls to Destination Park, the park/playground near our house, and the girls took their camera. I got a few of those pictures--all taken by Jessica, which is why they mostly show Elyse--and am posting them here:

Posted by Chris Burdett at 5:56 PM No comments:

Labels: Elyse, The Girls and Mom

I met Pearl at Lenox today, and I took some pictures while she was looking in the jewelry stores. 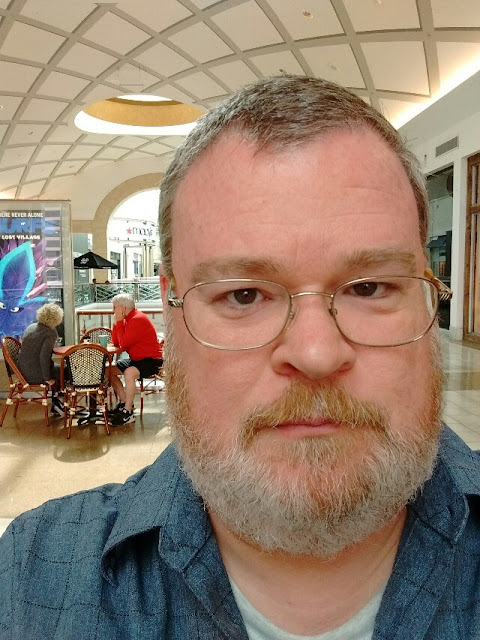 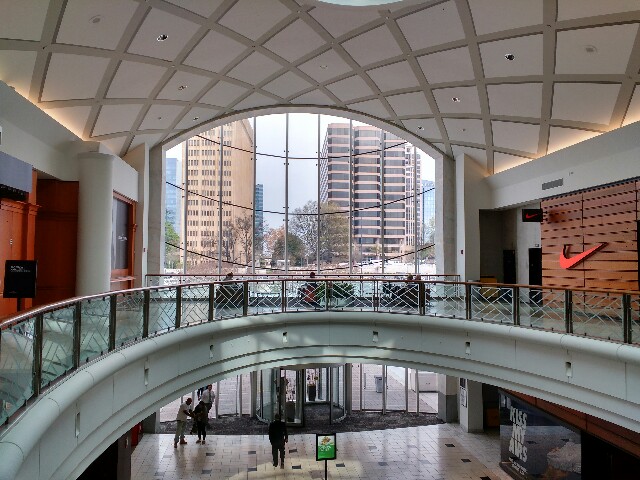 (I took a lot more pictures than that, these are just the two I chose to post.)
Posted by Chris Burdett at 6:30 PM No comments:

Today, the next to the last day of my 2017 Spring Break, I went on a little drive. I wanted to revisit the drive I used to do regularly from 2004 to 2006 when Anna and I lived in Madison and I went to graduate school in Milledgeville; I wanted to see how much had changed in the last decade, and if it was as pleasant a drive as I remembered.

It wasn't bad, really, but I love the drive north on 441 so much more--up into the mountains, into North Carolina and the Great Smoky Mountains National Park and Tennessee--that the drive south through Madison and Eatonton into Milledgeville just seemed like a commute rather than a drive.

I did stop at two different Wal Marts, which says something about what a mundane traveler I can be, but I also stopped at Rock Eagle, and managed to have lunch at a good local barbecue place in Milledgeville. I also went into the new GCSU bookstore in Milledgeville, which has as much floor space devoted to college T-shirts as to books (except for the textbook area downstairs), and debated trying to remember where the English department is but decided not to bother.

The pre-Socratic philosopher Heraclitus is said to have proclaimed that "no man ever steps in the same river twice, for it is not the same river and he is not the same man." Some old rivers, like Twain's Mississippi, are worth returning to because both they and we have grown in new and interesting ways. Some old rivers, however, like my former commute down 441, are perhaps best left in the fondly-remembered past.

Today was the first day of my "Spring Break" (even though technically it's still winter), and, even though it was cold and overcast and generally Not Very Nice outside (with thanks to A. A. Milne for the capital letters), I wanted to go somewhere, so I drove almost thirty miles north (with a stop at the Target in Winder/Bethlehem) to Sell's Mill Park in Hoschton.

It's a pretty interesting place, but, not having a meal with me to eat at the picnic tables or kids with me to play on the playground or my wife with me to talk with about what an interesting place it was, there wasn't much for me to do but walk around for fifteen minutes, take some pictures, then go home. (I did, however, stop at the Winder library on the way home to finish up some contract editing.)

Posted by Chris Burdett at 10:30 PM No comments:

This afternoon, while Anna was off dropping off or picking up or trading (or doing something with) Girl Scout cookies for Jessica's troop, the girls and I spent some time at Vines Gardens:

(I was trying to make it look like they were climbing up the side of a building, but it didn't quite work)

Posted by Chris Burdett at 10:14 PM No comments:

Trash day's sweet relief--
for a few moments each week
we are refuse free.

Posted by Chris Burdett at 4:18 PM No comments: