Tonight was Elyse's Spring Band Concert (which also doubled as the students' final exam for Band). Before the band concert, Elyse and I went and watched the Chorus concert in the lunchroom (which was very nice, but I'm not posting any pictures from that since we don't actually know any of the chorus members.) Here are some of the pictures I took of Elyse's concert (which, as you can probably guess, was in the gym): 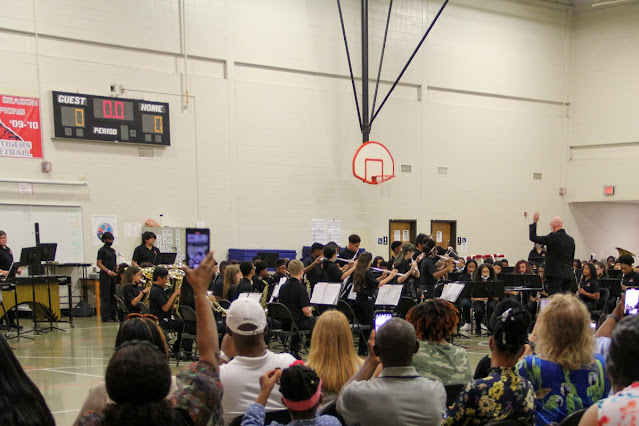 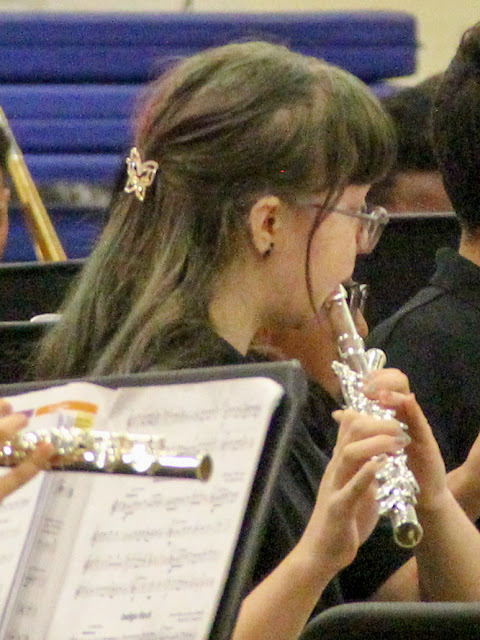 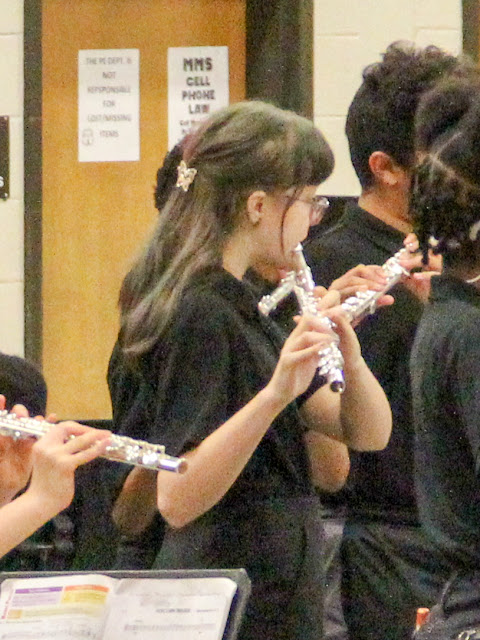 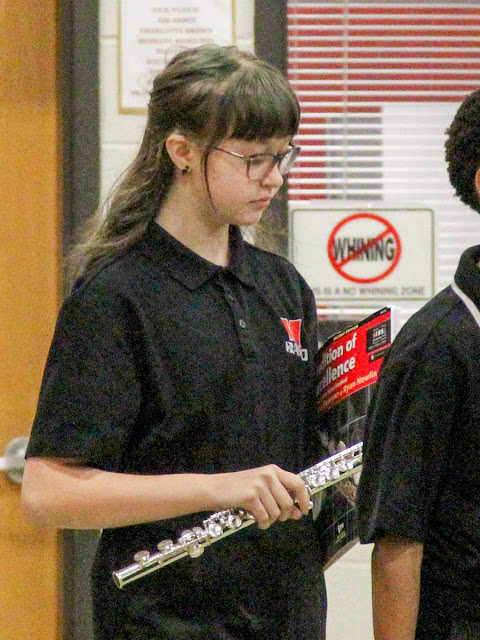 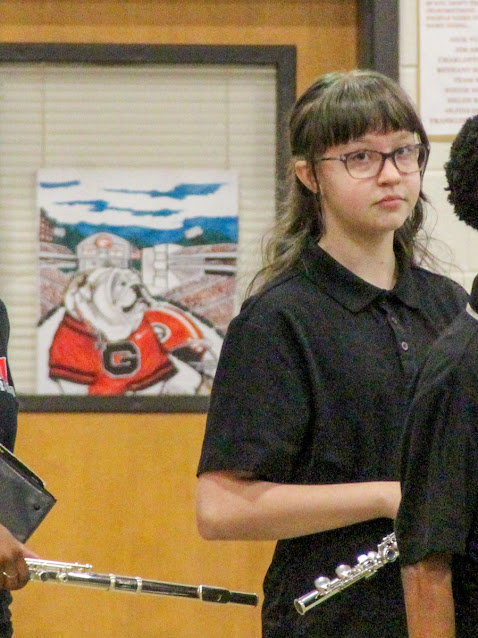 (Some of these pictures are very grainy because I cropped them from much larger pictures.)