Tonight, the second night that Anna and Jessica are away in Minnesota for Thanksgiving, Elyse and I went to Stone Mountain to do some star gazing and to visit the Stone Mountain Christmas.

First we went to the walk-up trail, hoping that would be a dark enough area to allow us to see the stars. Elyse thought it was really cool that she could draw in the air with her flashlight during the long exposures my Canon made. Here she is drawing a star: 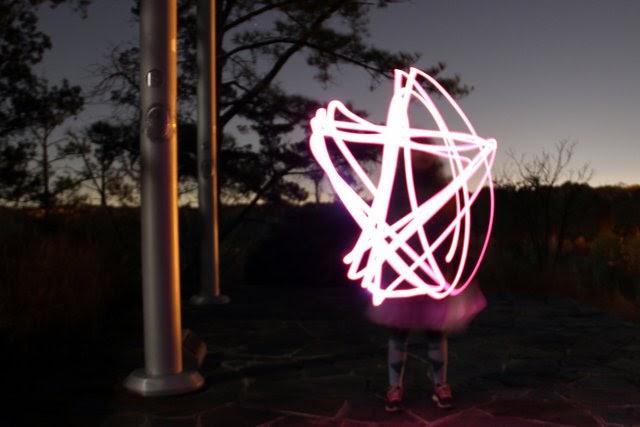 and a smiley face: 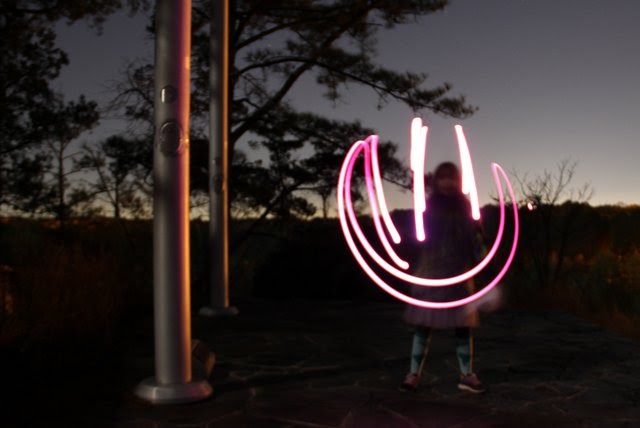 and spelling the word "pizza" (we had just had supper at Stevi B's): 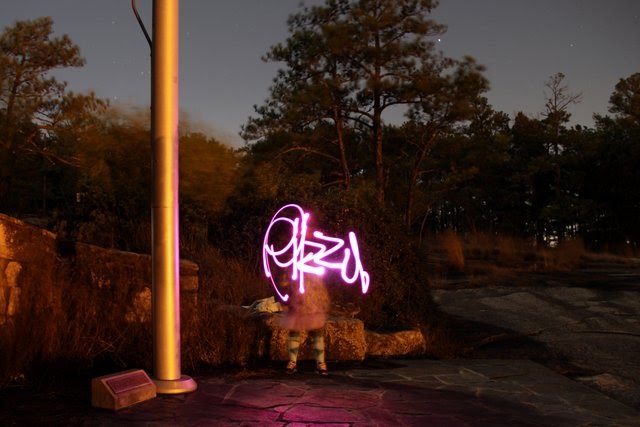 (I had to flip this one horizontally, because she spelled it from her perspective, which made it backwards when you're facing her.)

Here are some of the star pictures I took: 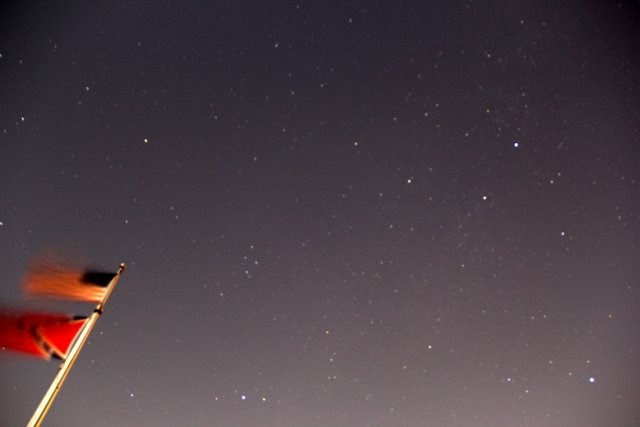 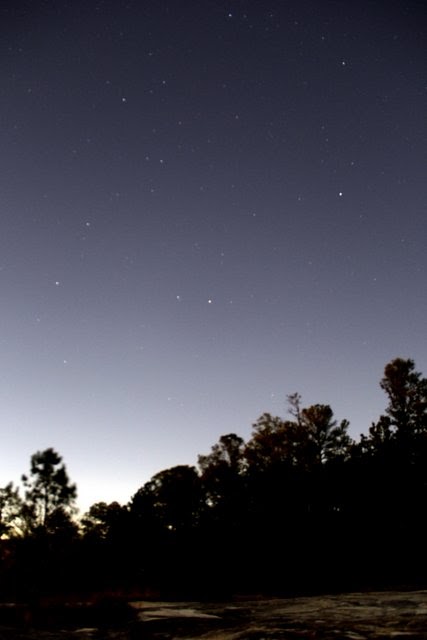 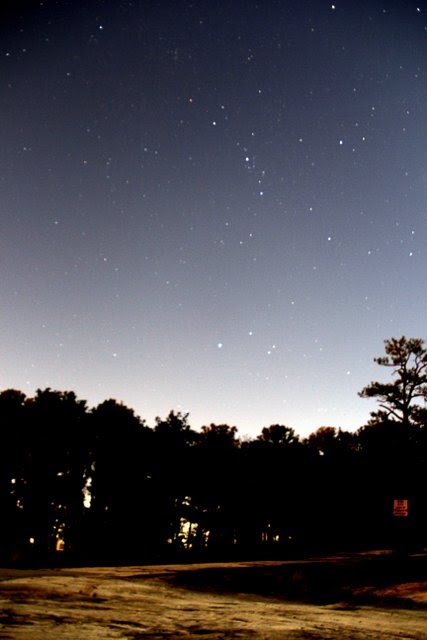 Here's a picture facing the direction of the airport, which is a good 50 miles away. This is an eight-second exposure; the streaks in the middle of the frame were made by five airplanes that had recently taken off; they represent eight seconds of the planes' flight paths: 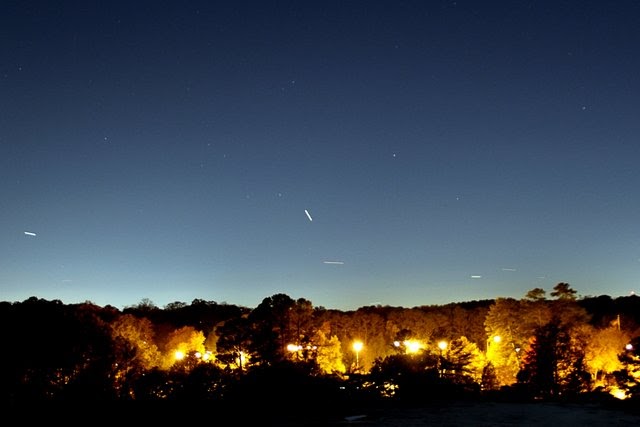 Next we went to the Crossroads area, to take in some nighttime Stone Mountain Christmas: 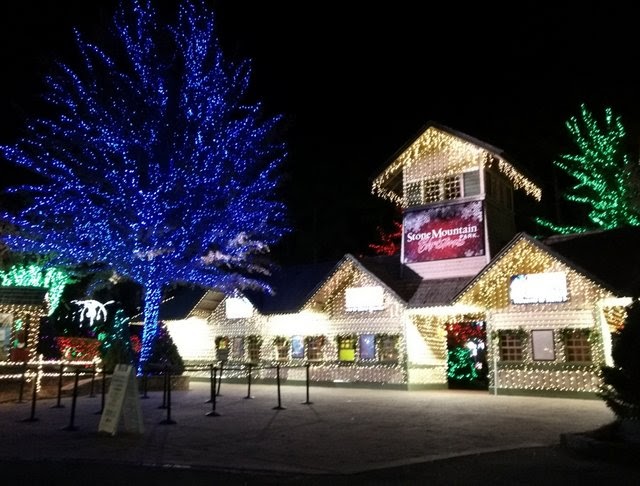 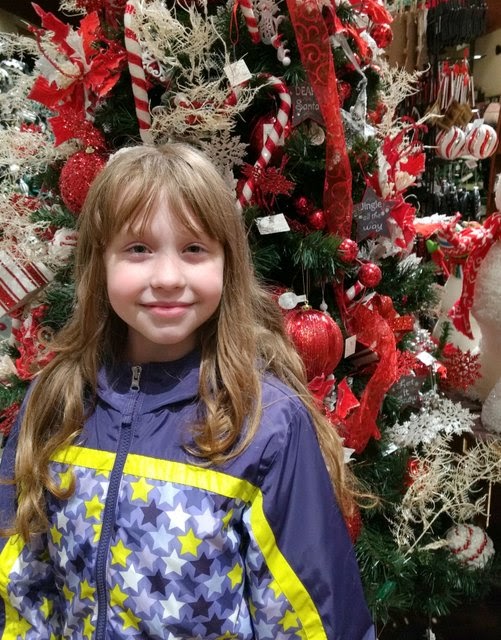 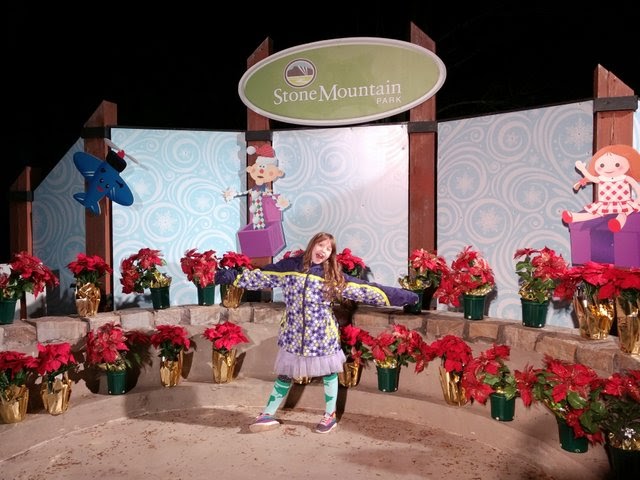 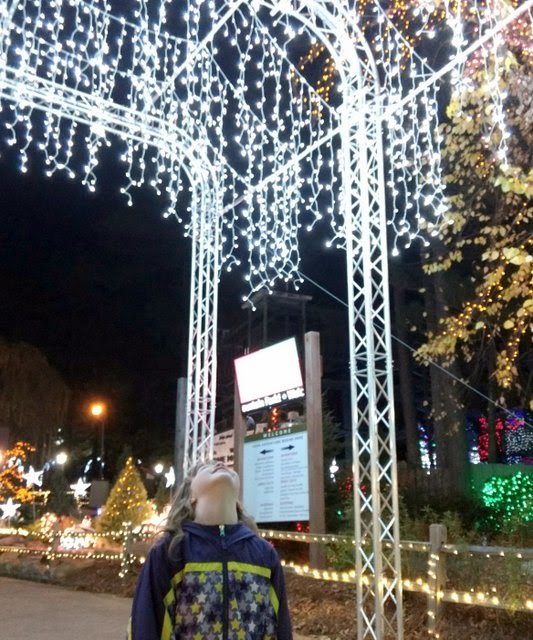 (You can't tell from these pictures, which make it look like we had the whole place to ourselves, but there were a lot of people there.)

The dinosaurs from the recently-ended Dinosaur Explore exhibition haven't been removed yet, they've just been dressed up for the season: 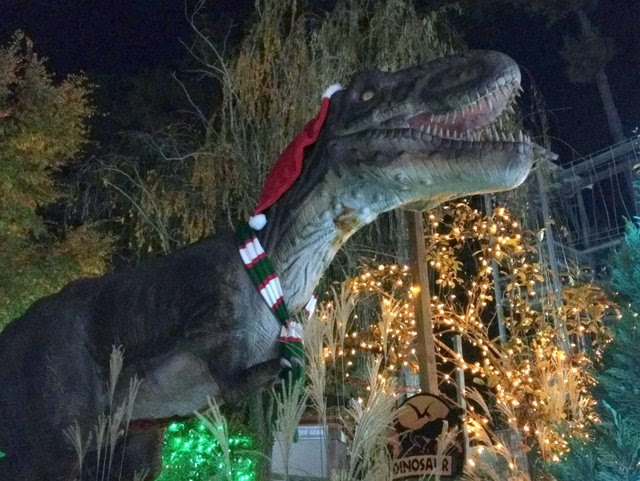