Today we took the various free tickets Anna and the girls get as rewards from their schools and went all the way to Austell to get rained on at Six Flags.

Well, actually, our intent was not to go to Six Flags to get rained on, it was to ride rides and have a good time, but getting rained on is how it turn out. The girls did ride one ride and we all had a good time despite the storm.

When we got there, it was cloudy but not all that overcast: 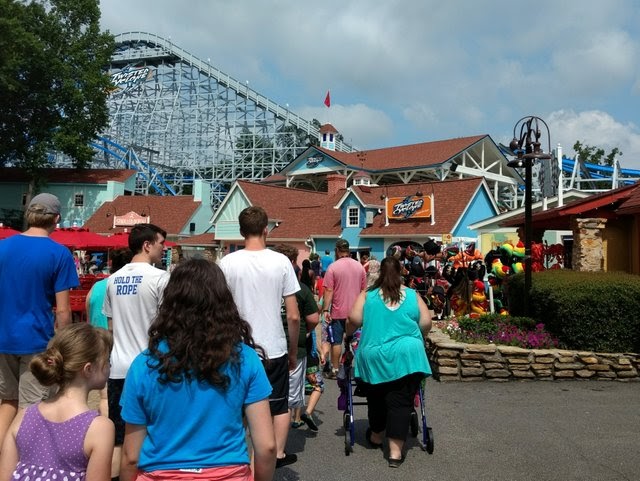 So, thinking we had plenty of time and also being hungry, we immediately ate some lunch (that's a picture of the ceiling, which Jessica and I both thought was interesting; I didn't take any pictures of the actual pizza place): Then went to Thunder River, the ride the girls like best. They rode it twice, and I rode it zero times: 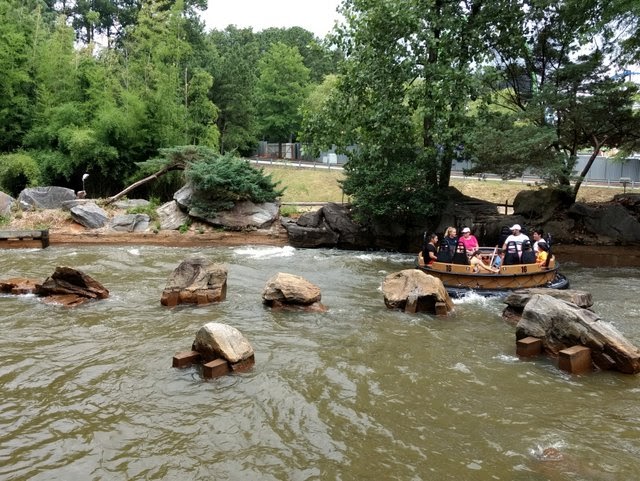 (They aren't in the picture above, but it gives you an idea of what the ride is like.)

This is me, waiting for the girls to go by the viewing area: 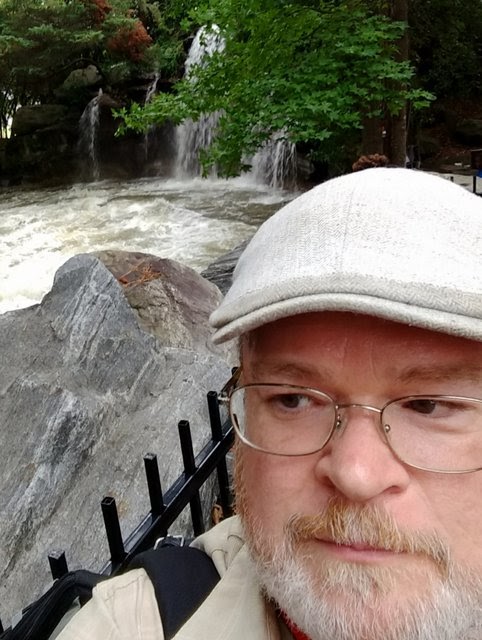 It's hard to tell, but this is about the time the girls got soaked: 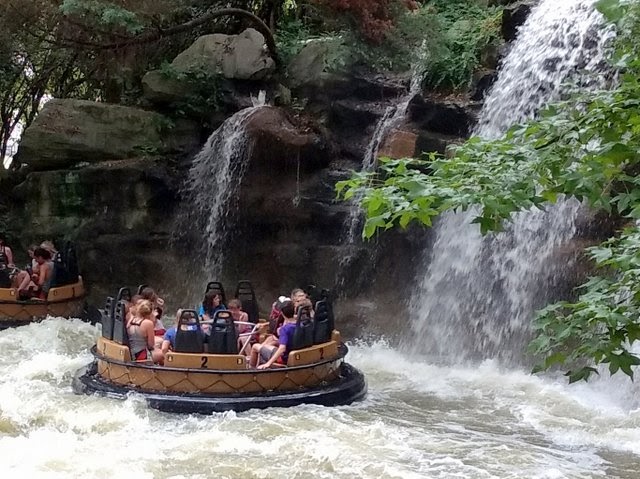 While the girls were riding the second time, the storm came in, and we spent the next hour or so walking in the wind and huddling away from the rain: 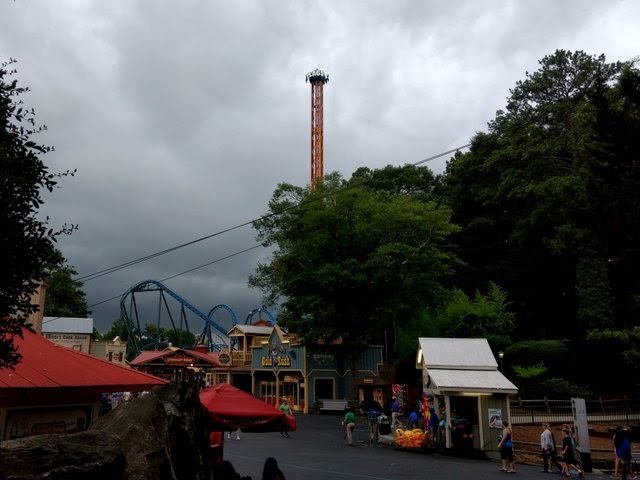 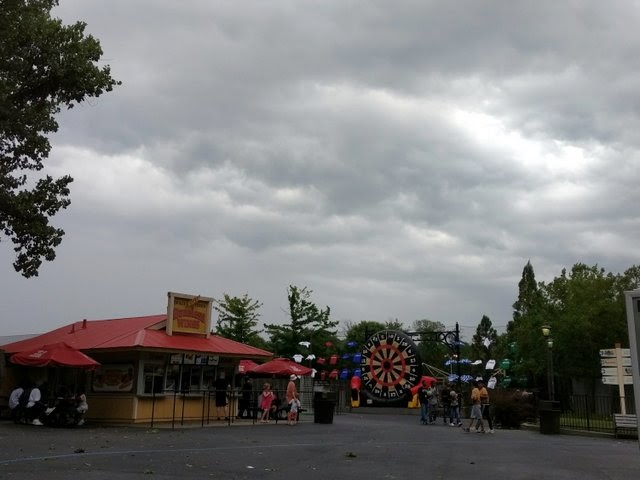 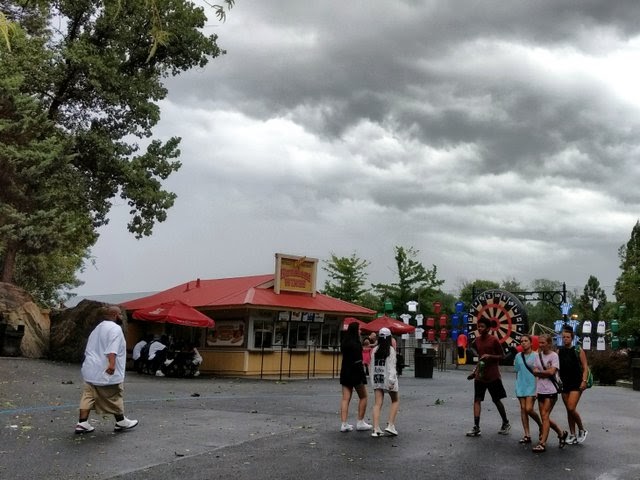 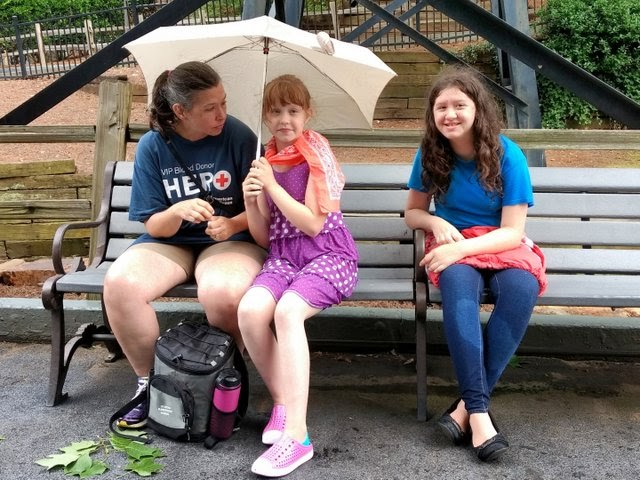 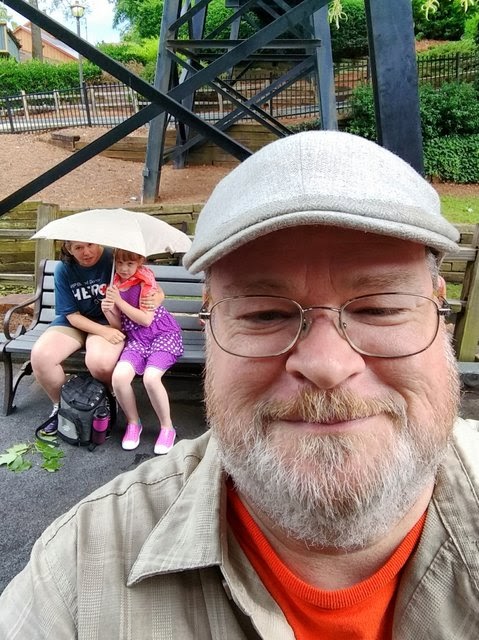 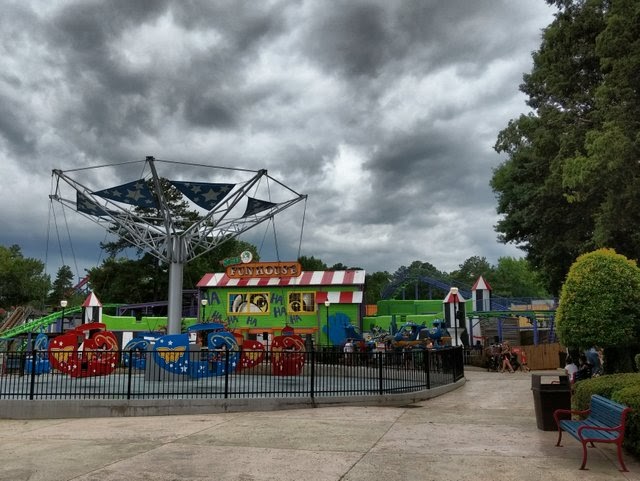 Most of the rides were closed down because of the weather; after a while of waiting, we decided it was time for us to leave. The rides did start up again as we were heading for the exit, but it looked to us like another storm was coming in, so we kept going out. I took these pictures of colorful curving attraction tracks as we were leaving: 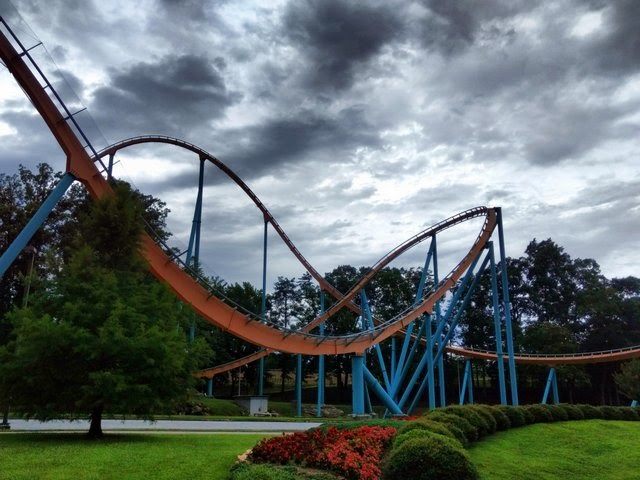 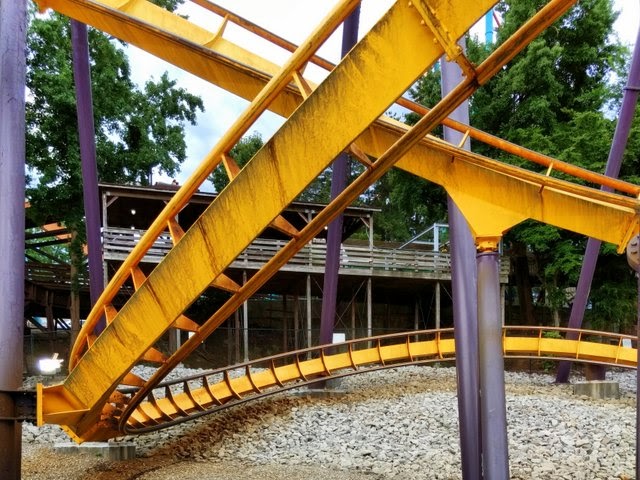 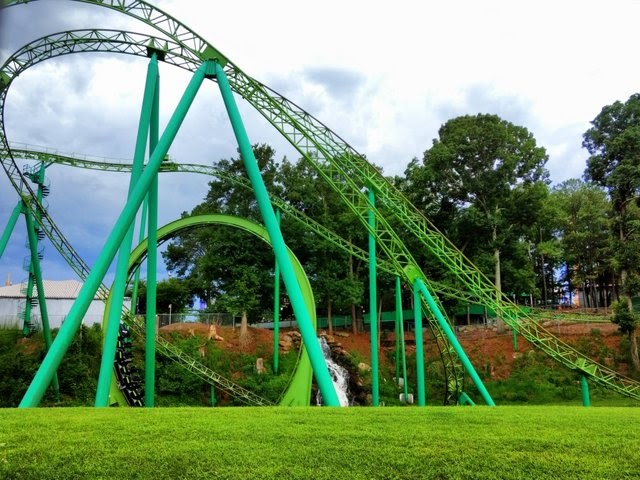 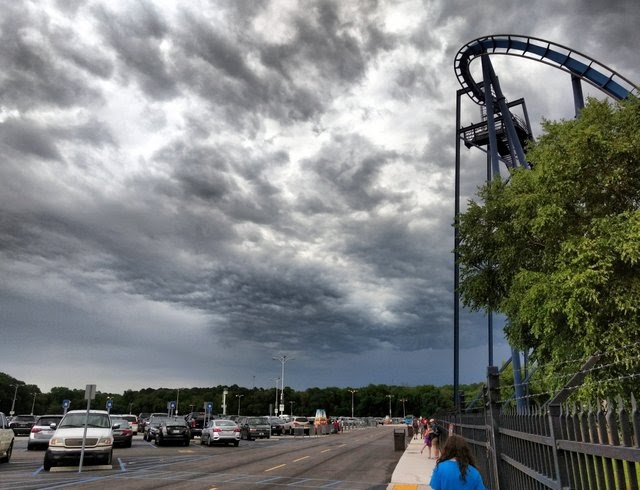 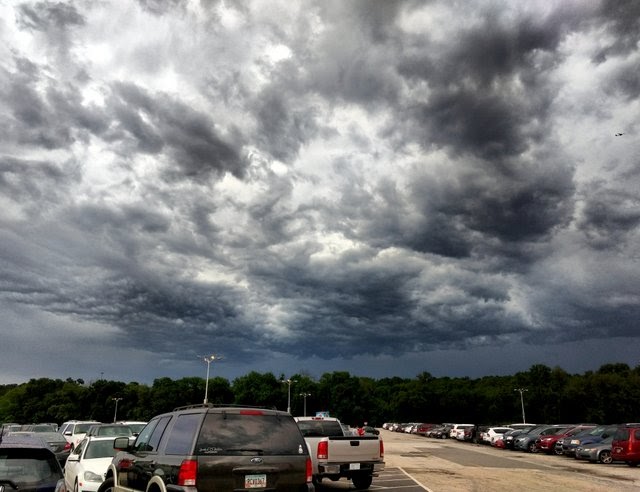 (The sky didn't really look this foreboding; my camera app's Dynamic Range Optimization feature made it look that way.)
Posted by Chris Burdett at 10:00 PM