"A Night in Paris"

Tonight Elyse and I went to the "A Night in Paris" Father-Daughter Dance at J.C. Magill:

Anna took this picture of us just before we left: 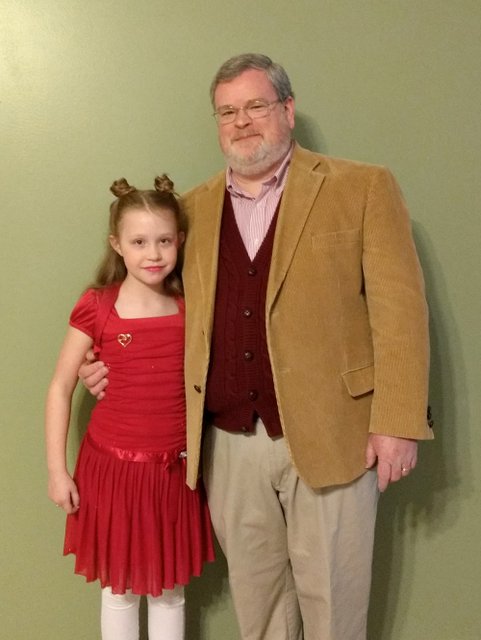 (I know I look like a 1950s professor, but that's kind of what I am, and that corduroy jacket is the only one that still fits me. Wool sweater vests may not be the current fashion, but they suit me fine, and nobody else there was wearing one!) 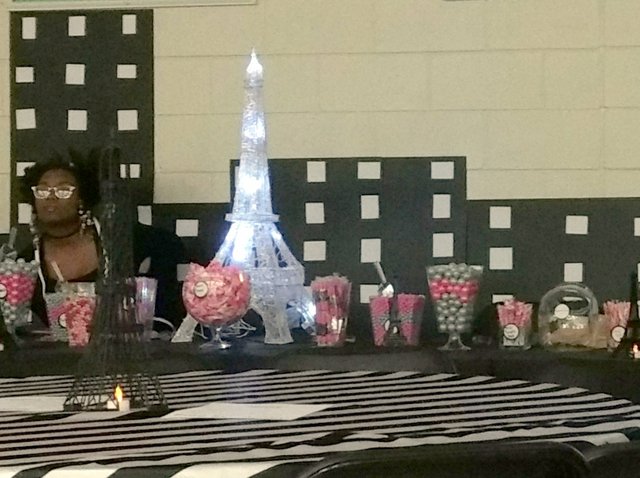 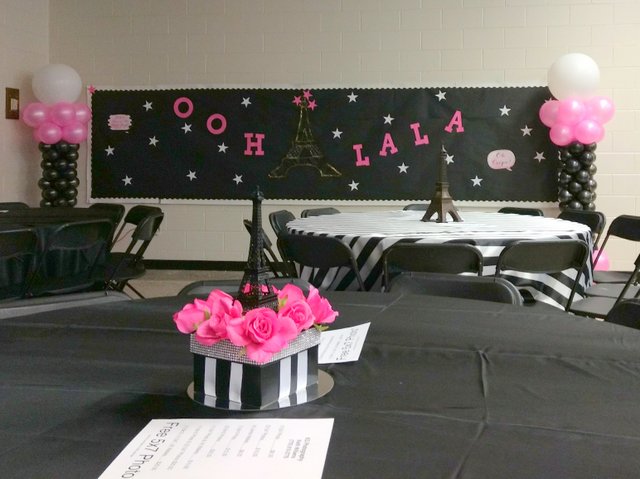 Elyse took Tasha and Owen, two of her stuffed friends, who did all the dancing for us. Like me and my sweater vest, these friends were unique to Elyse: 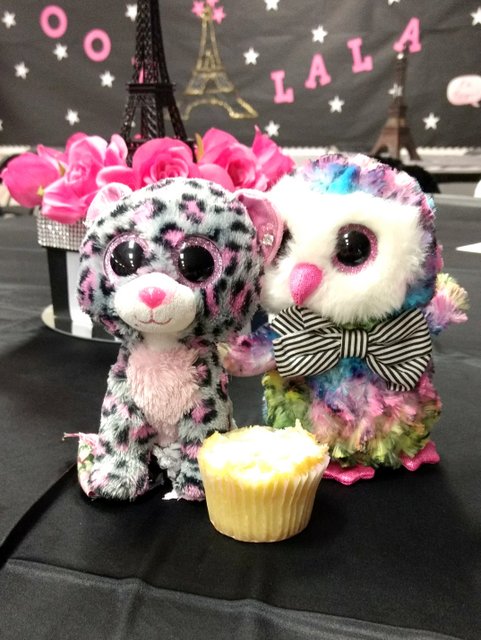 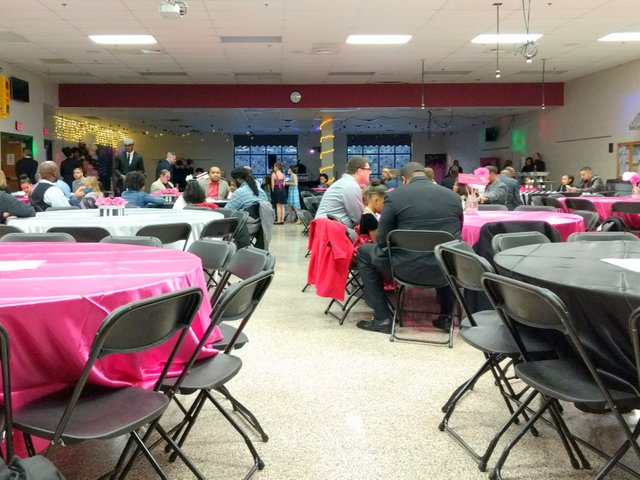 (It was actually much more crowded than the above picture might lead you to believe.) 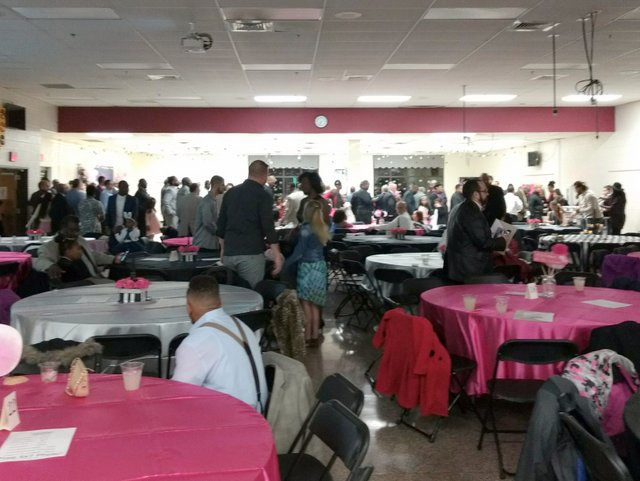 (And busier than this picture represents.)

We waited in line for fifteen minutes to get our picture taken, then waited in line for thirty minutes to get our food--a salad for me, which was pretty good, and chicken Alfredo tortellini, which I liked but which Elyse wouldn't try, and baked ziti, which, thankfully, Elyse did like (even though she didn't eat she didn't actually eat that much). This meal was, I must report, after we'd already had cupcakes; on an occasion like this, it seemed okay to have dessert first. 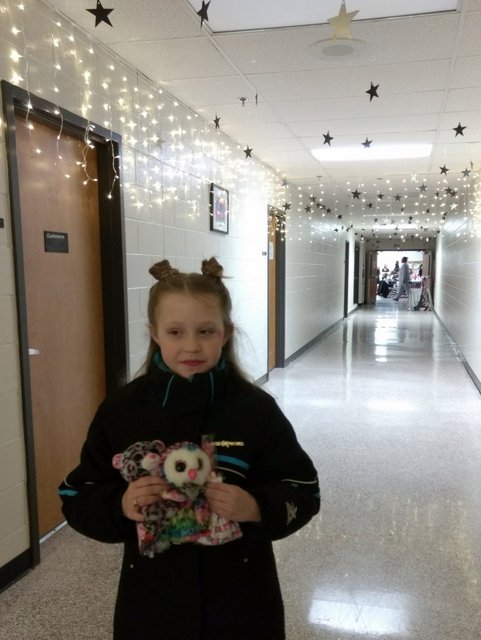 I don't know if we were the very first to leave--there was another car leaving the parking lot when we did, but that could have been a teacher who worked late--but we were definitely among the first. I can tell you one thing: I bet we were the only ones who went straight to Arby's to get something else to eat!
Posted by Chris Burdett at 10:00 PM