There are entries here from 2014 and 2015 about Jessica's trips down the Chattahoochee, but before today Elyse had never gone. This morning she did. 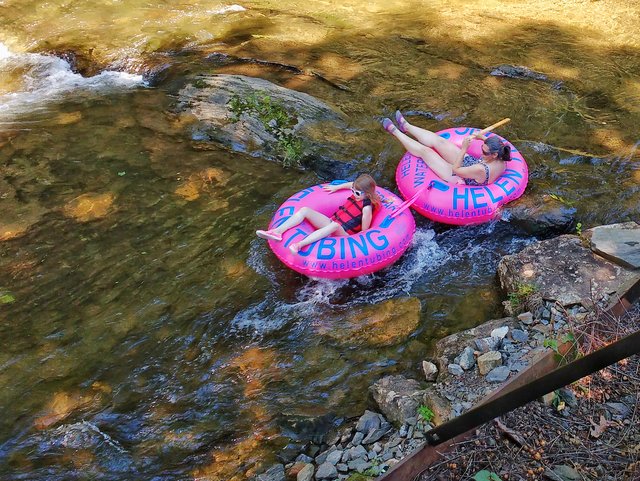 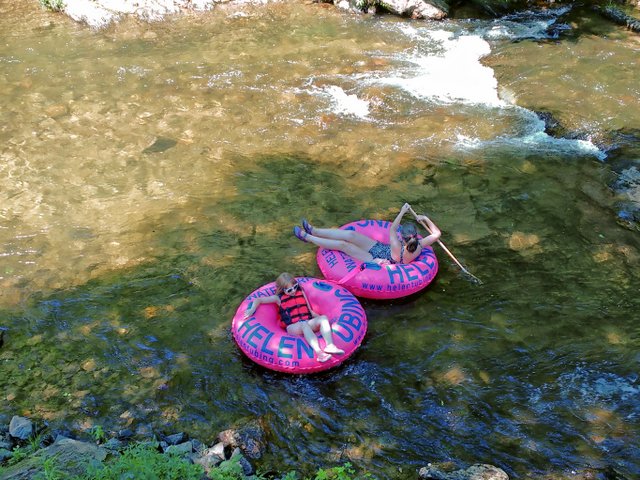 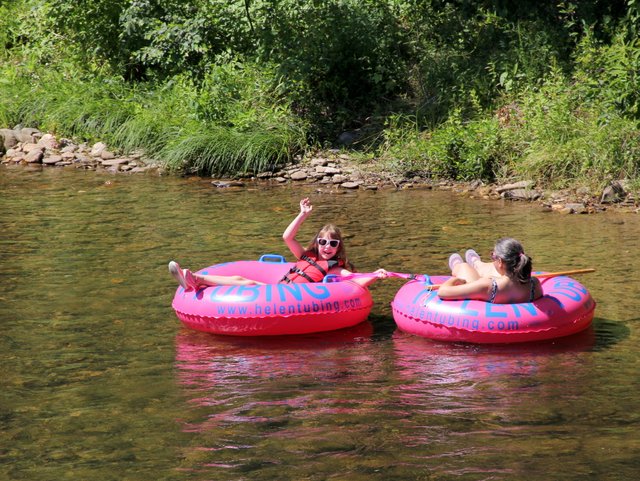 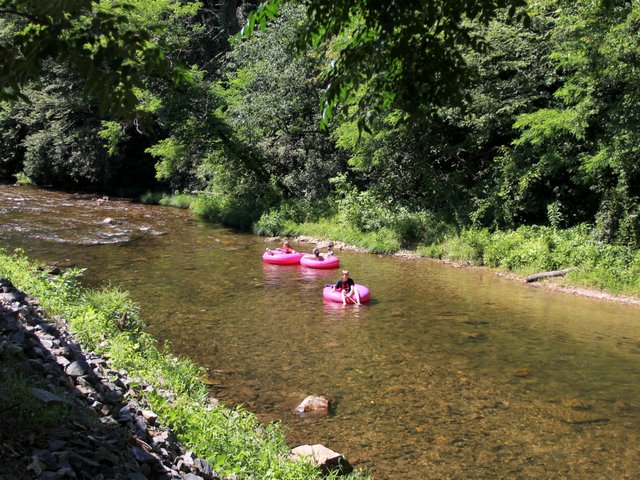 While they were floating down the river I went to Betty's Country Store, which, despite my having been to Helen many, many times in my life, including quite a few times with Anna and a few with Anna and the girls, I had never been to.

One of the things I love about stores like this is that they often have a good section of local books: 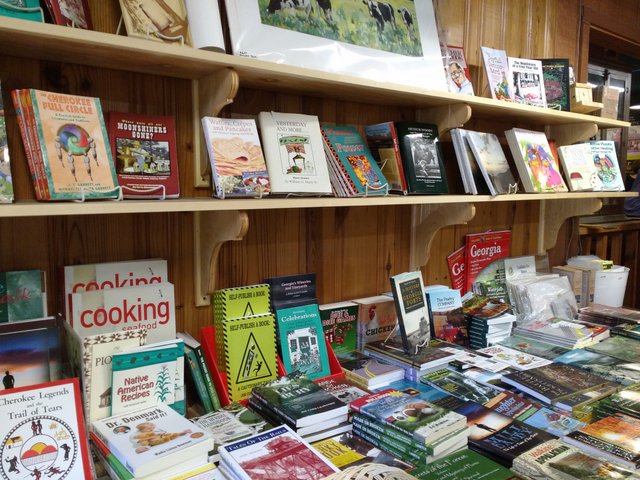 They also had a big ice-filled cooler of the kinds of soft drinks I love--Sioux City Sarsaparilla, Cheerwine, Fanta Orange, and several others: 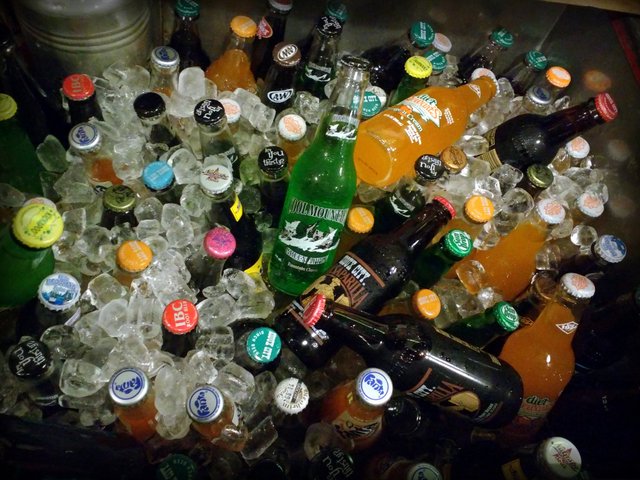 They also had Brach's Chocolate Stars, which I have a great fondness for: 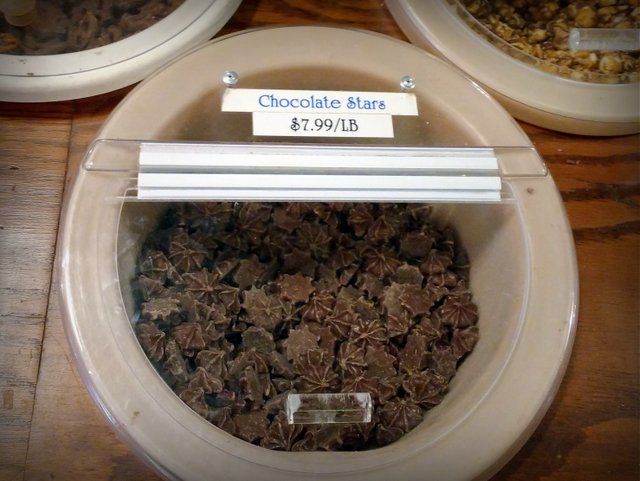 I bought a drink, some chocolate stars, and a mini Moon Pie, and sat outside for a few minutes to have a snack: 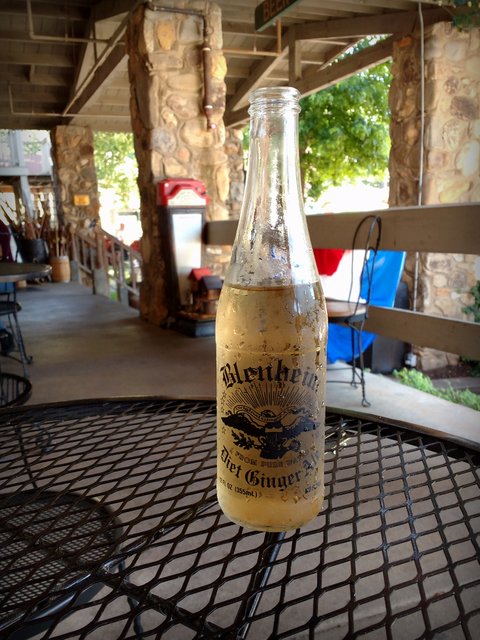 I was disappointed in my drink, but didn't realize the reason for that until several hours later when I was home and looking at the pictures on my computer. Can you read the bottle? Blenheim -- usually a very good drink -- DIET Ginger Ale.

Somehow I totally missed that when I was picking the bottle out of the cooler (I was just excited to find a Blenheim), but also while I was drinking it on Betty's porch, and then driving around Helen with the bottle in my car. Well, at least I saved a few calories, I guess. 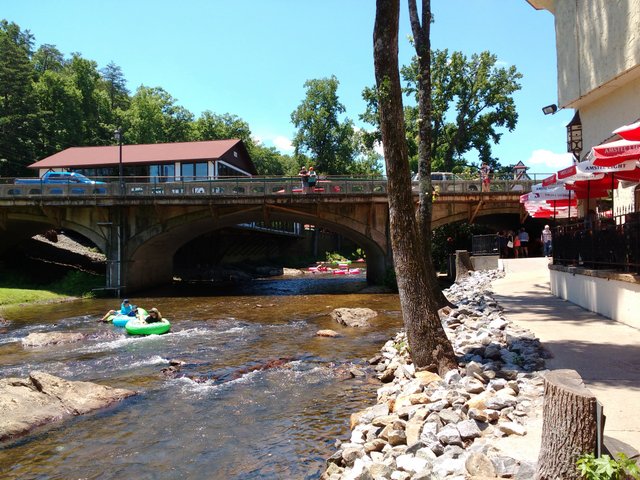 Well, I totally missed them. The young woman who sold them their tickets said it usually takes an hour and a half to get to the bridge, but Anna and Elyse were going down the river pretty fast and made it to that point in less than an hour and twenty-five minutes, or I would have seen them. 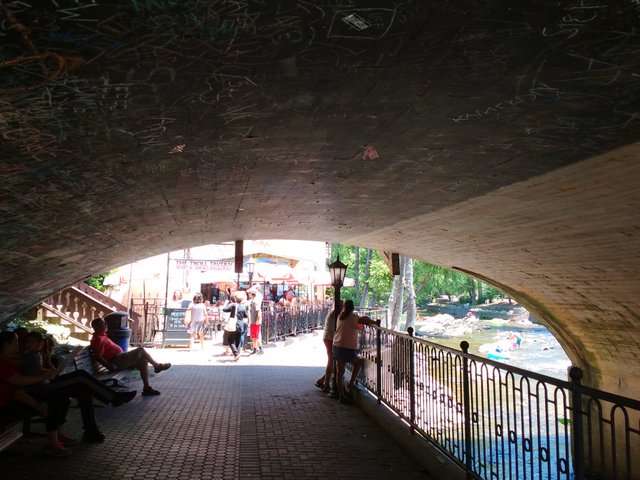 But while I was waiting under the bridge, not knowing they'd already gone by, I took this picture of a really nasty street lamp: 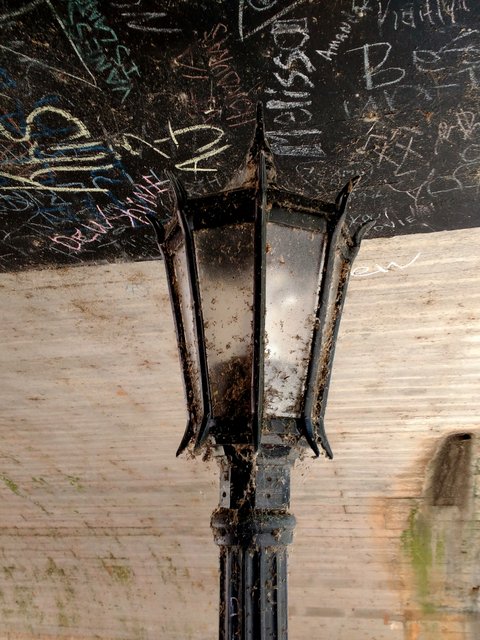 I hung around the bridge until it had been two hours since they first started out, then, figuring they couldn't be going that slow, I went to the end point to pick them up. They were already there waiting for me; they did the whole trip in about two hours! (The Helen Tubing people say it usually takes two and a half.)

As I learned when I picked them up, Elyse and Anna had one unfortunate misadventure on their trip down the river: they lost hold of the Helen Tubing pushing-off stick (which we bought when Jessica and Anna went for their first tubing adventure in 2014) at a deep part of the river and couldn't get it back. This really upset Elyse, who has always had trouble containing her emotions and recovering from disappointments; she was probably the only person in a pink inner tube crying on the river this morning. We assured her we would get another one next time.

We'll be going back in a week or two, or Anna and I will, at least, so Anna can make another trip with Jessica.
Posted by Chris Burdett at 11:22 PM