He was old--fifteen and a half--and he had been growing gradually weaker and tireder for the last several months. He lost a lot of weight, probably more than half of his body weight, and for the past few days he could barely walk. Still, he seemed happy on nights when, after the girls were asleep, Anna and I would watch a show together and put him on the sofa between us. He liked to lay on Annie's nightie. We know he felt loved during these times.

He was a great kitty, and we will miss him. He was born in October of 1998, and Anna got him a few weeks after that, so she knew him longer than she has known me.

These pictures are from nine years ago, January of 2005, when Seuss was a youthful six. We lived in Madison then, and didn't yet have any kids to take our attention away from the cats, and Seuss and the others ruled the house. 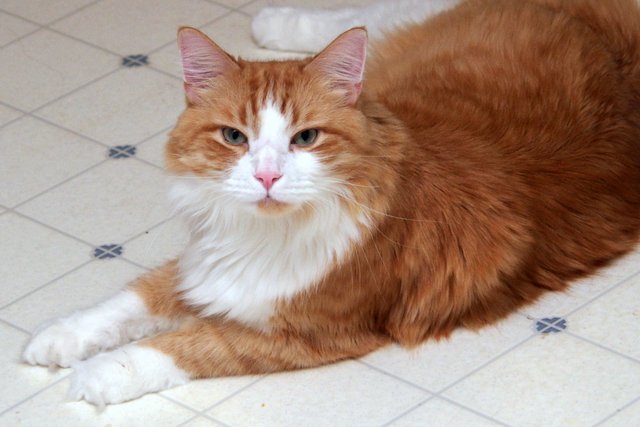 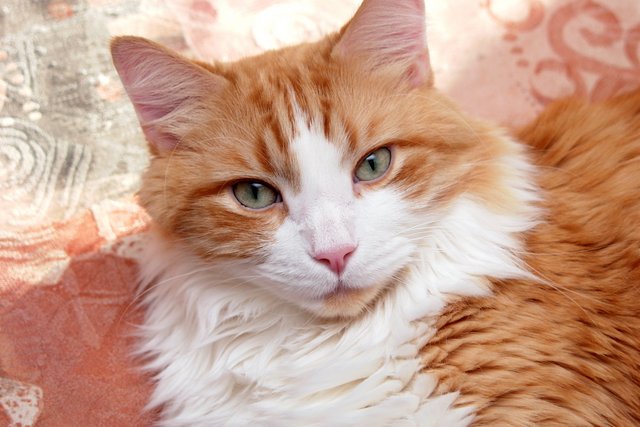 Goodbye, Seuss.
Posted by Chris Burdett at 6:57 AM