The day after Jessica and Daddy's Stone Mountain outing, my father--Jessica and Elyse's Pa--went to the hospital with all the symptoms of a heart attack. That is exactly what it was, a heart attack, but fortunately a mild one--or one which was treated quickly enough to prevent its becoming something more than mild.

The doctors put a stent in one of Pa's arteries, which was 95% blocked, and will be inserting another in a couple of weeks to treat another artery that is 80% blocked.

Dad's doing very well; as I write this, he's still in the hospital, but will possibly--hopefully--go home today.

Here's a picture of Elyse and her Pa from about six months ago, when we took our Christmas pictures: 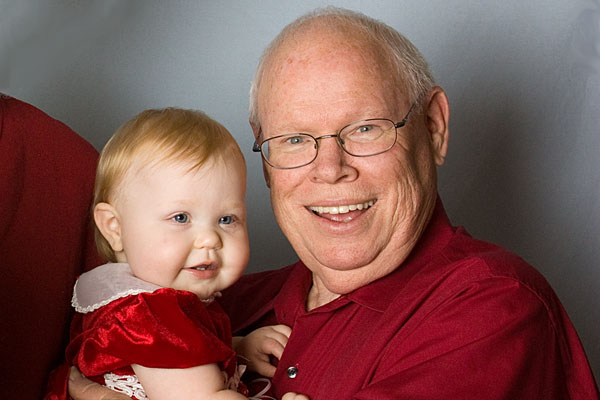 And here he is reading with Jessica a couple of years ago: 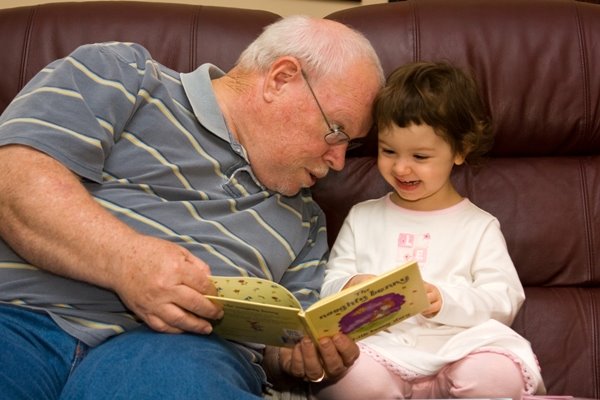 We're all very thankful that this episode wasn't more serious, and grateful to the doctors and nurses who have helped him to get better. Most of all, we're glad that my father was smart enough to say, as soon as he realized something was really not right, "Call 911!" That just might have saved his life.

Update: At about the time I was finishing this post, my father was headed home from the hospital. We went to their house for supper, bring Subway sandwiches with us. He seems to be doing well, but has been ordered to "take it easy" for the next couple of weeks.
Posted by Chris Burdett at 4:23 PM