A couple of weeks ago we went to the Georgia Renaissance Festival. I believe it's the fifth time Jessica's been, and she's only four!

Here's a picture of Jessica relaxing on a bench in the Parrots of the Caribbean: 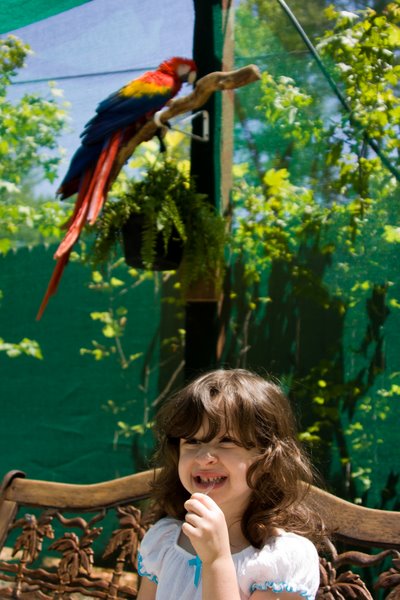 And here's a closeup of the parrot that was behind her: 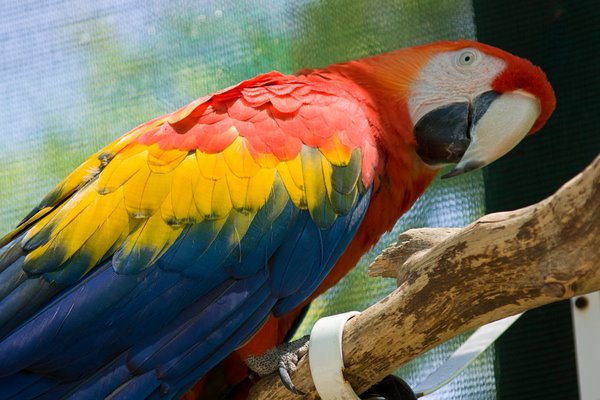 Here's a sort of M.C. Escher pose I caught as two of the macaws groomed each other: 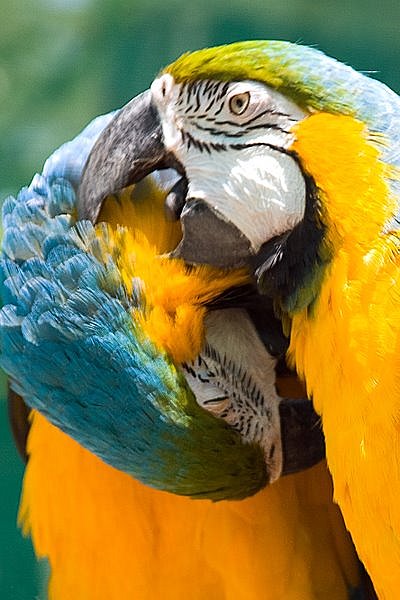 Elyse was very excited by the sheepdog demonstration; you can't see her face very well here, but she's howling with delight as the dog chases the sheep into formation: 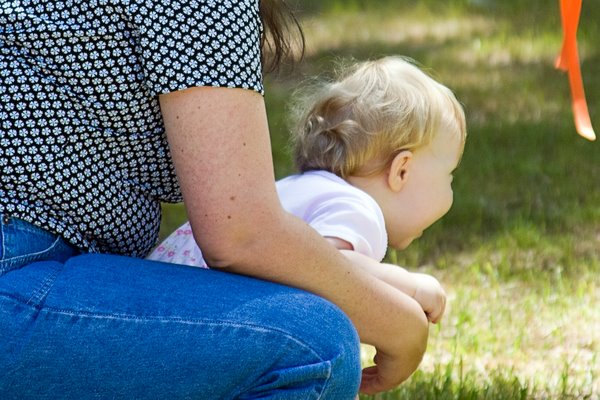 Jessica was very taken with the Arabian Nights-style storyteller: 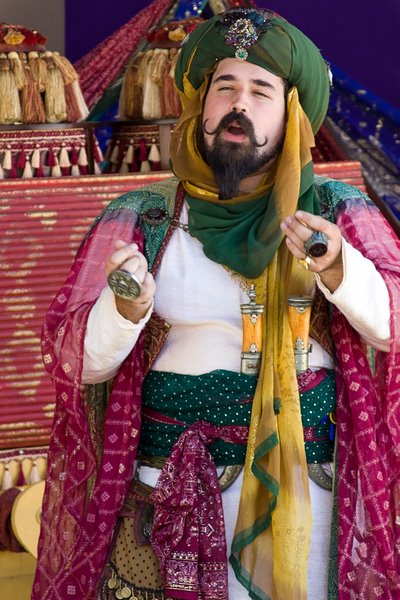 (In case you're wondering: No, I won't be doing that to my beard.)
Posted by Chris Burdett at 8:43 PM