Three New Additions to the Family: Tesseract, Luna, and Jupiter

The new kitties--from left to right, Jupiter, Luna (on the box), and Tesseract (crawling under the box)--settled into their new home in no time: 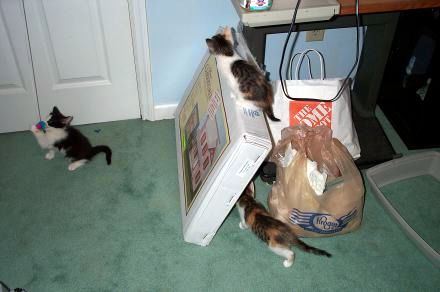 They had a good time exploring Anna's desk: 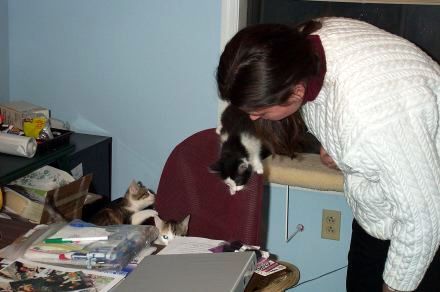 They seemed to appreciate the little homey touches we've added to the room in which they will spend the next few days, until we're ready to introduce them to Seuss and Lilly. That's Luna climbing up on the stool thingy, while Jupiter hides inside: 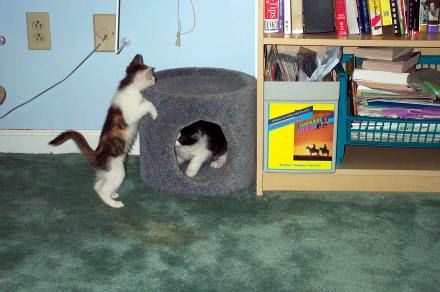 Tesseract (you can call her Tessie) had a great time playing with the little pretend mouse: 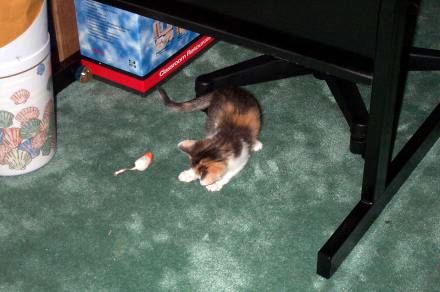 Jupiter is proving himself to be a champion jumper and chaser: 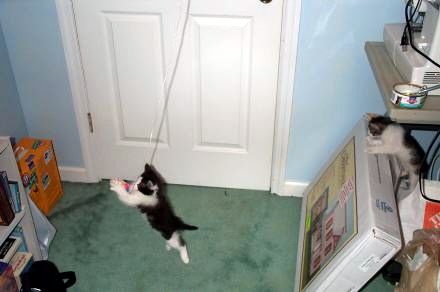 After all that playing, they were just plain exhausted, so they curled up on Anna's desk chair for a good nights sleep: 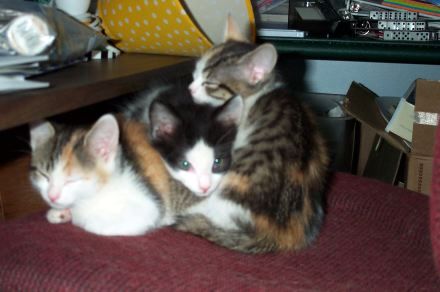 (Have you ever in your life seen anything so cute?)


* * *
I originally posted this on the old Planet Burdett, but brought it into the family blog-version on November 13, 2017. Luna has been gone for about four years, but Tessie and Jupiter are still with us.
Posted by Chris Burdett at 10:00 PM