Today I went on a drive up US 441 (one of my favorite roads to drive) to Clayton, GA, with the goal of walking around a mountain town I'd never been to (I've been through Clayton lots of times, but never actually stopped there) and taking pictures. (I also intended to get some lunch, but all the places in Clayton that looked good were really busy, so, sadly, I ended up getting a chicken sandwich at Burger King when I left.)

Only a little more than half an hour into the drive, I spilled coffee on myself, so I stopped at the Target in Flowery Branch to clean up and buy some more wipes. (I also bought three clearance-priced Pride shirts for J. while I was there.)

Following that unplanned detour at Target, I drove for a while longer and then made the obligatory stop at that Tallulah Falls Overlook bypass: 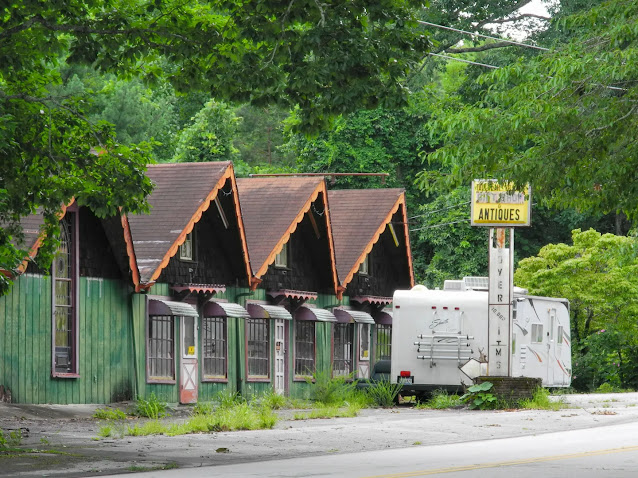 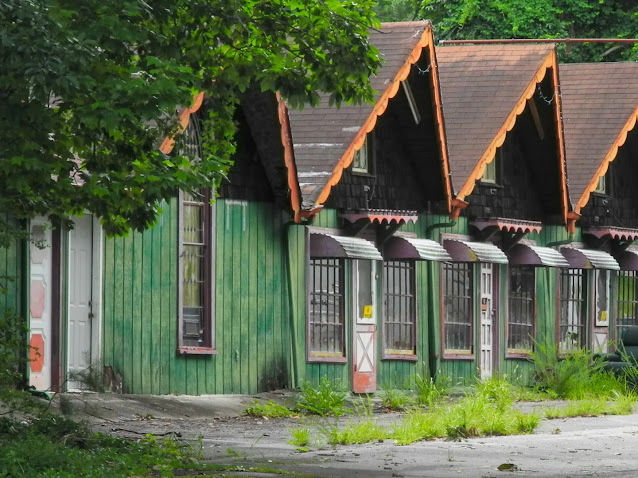 I walked around the Tallulah Point Overlook store, which was empty for a while but now houses a new store. While I was off of 441 and on the bypass, I went to the Georgia Power recreation area -- for the first time; I've driven right by it many times in the last few years, but for whatever reason never actually gone there -- where I took this picture: 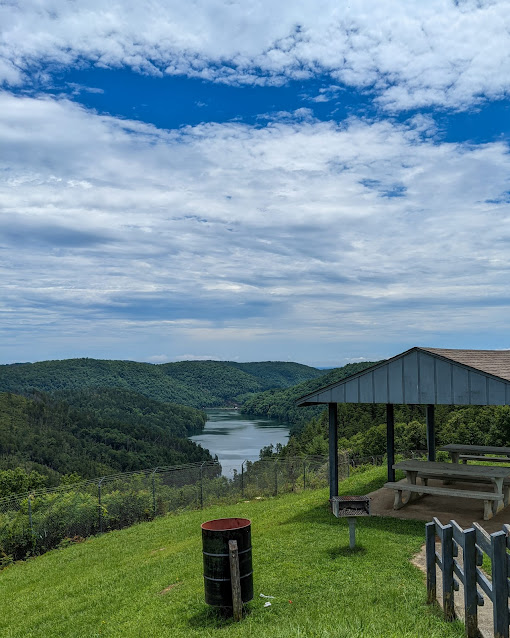 After walking around for a while and taking a lot more pictures, I got back in the car and went to Clayton. I walked around for about two hours, going in lots of stores and taking lots of pictures, including these: 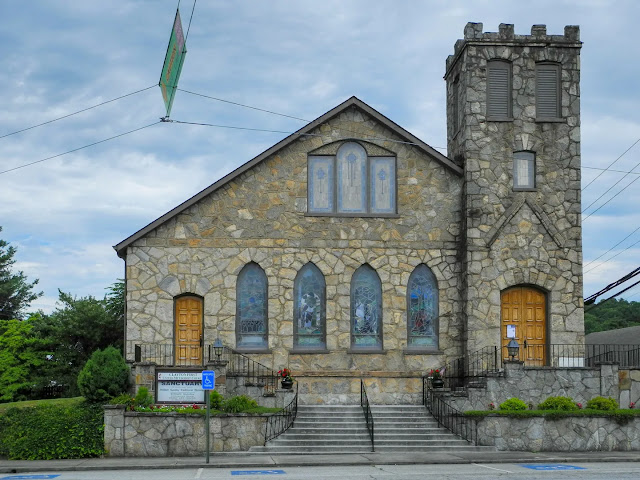 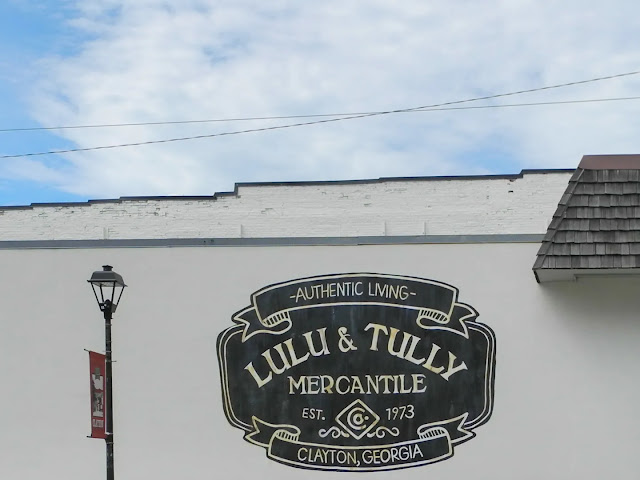 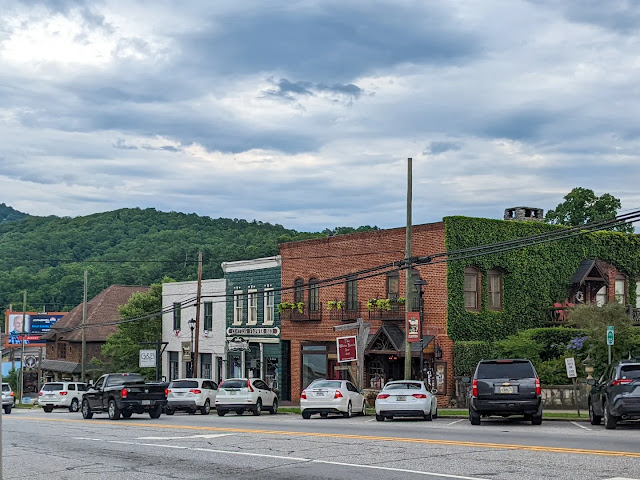 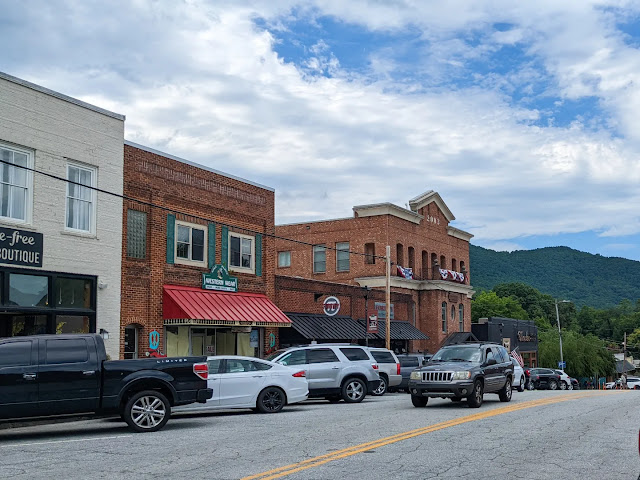 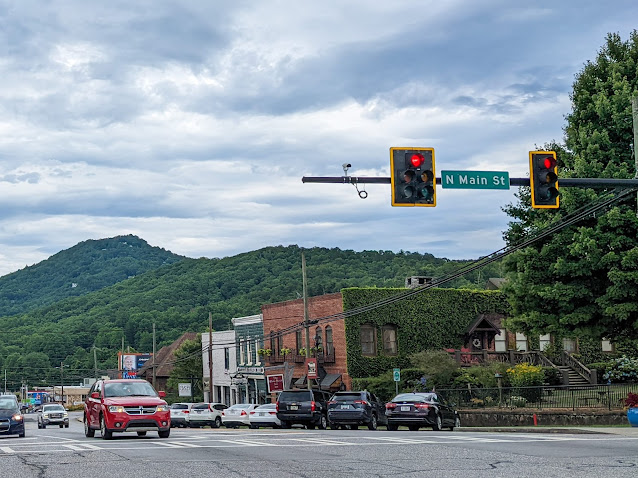 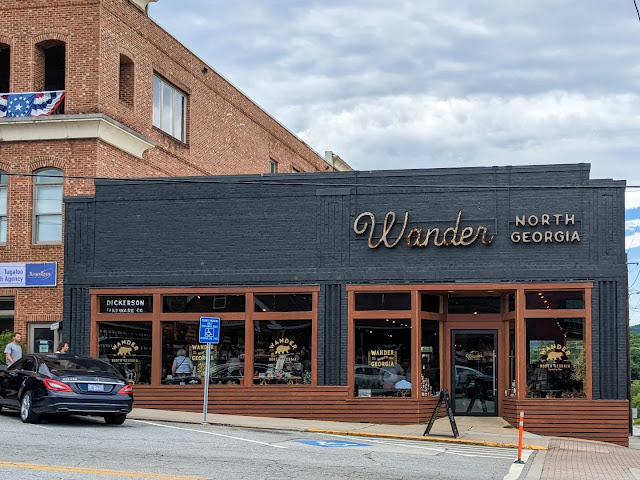 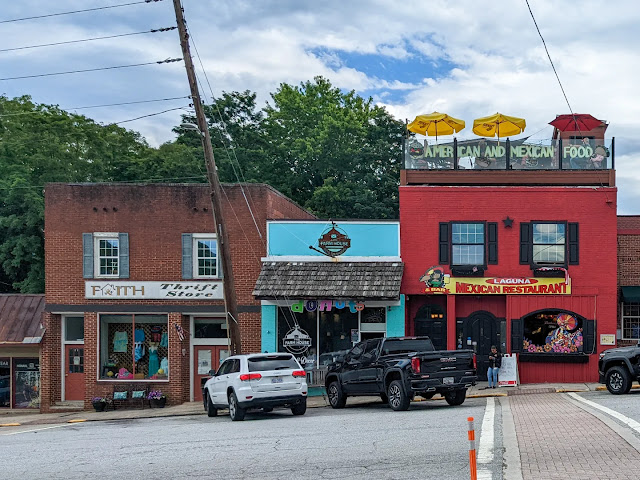 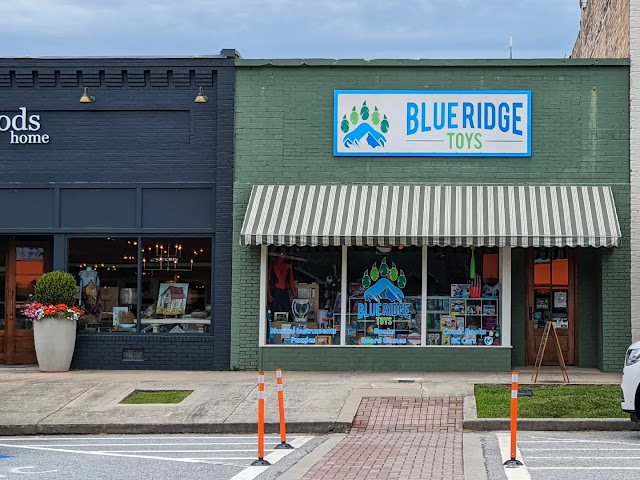 On the way home, I made an accidental detour through Lakemont: 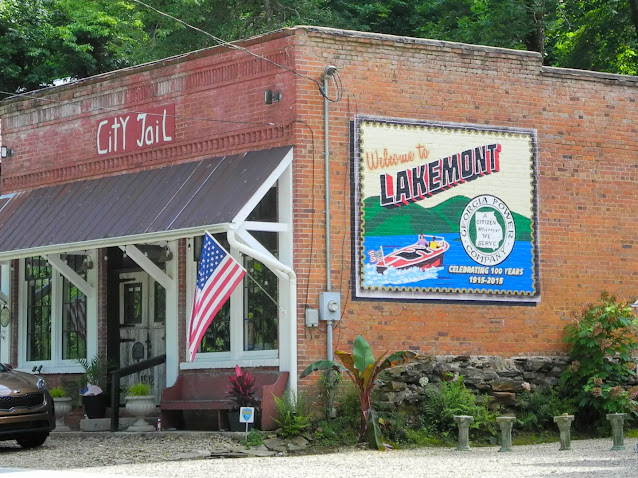 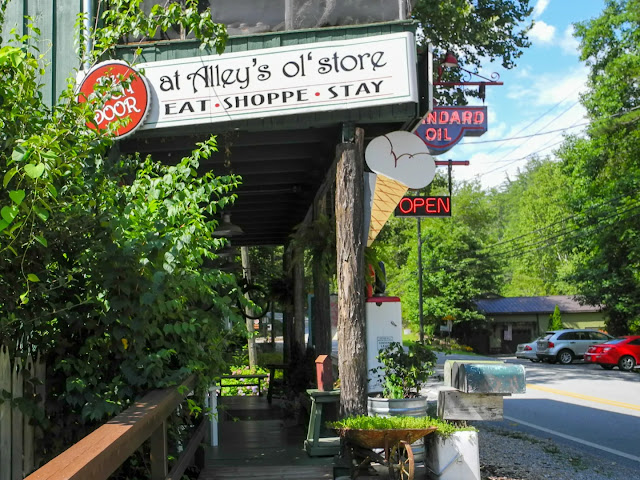 I bought a piece of cake at the store shown above (which, yes, uses "shoppe" as a verb on its sign, but I won't hold that against them since the cake was good) and then went home.