Throwback Thursday: Eight-Year-Old Me and My New Cassette Recorder 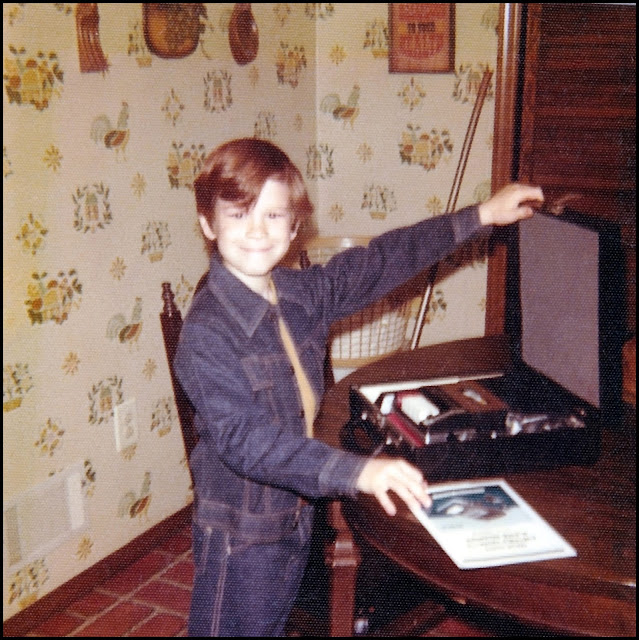 I'm pretty sure this was my eighth birthday, back in 1975. I remember that cassette tape player/recorder so well; I used it for years to record songs from the radio, and me and Sharon doing skits and reading stories, and me playing my guitar (a few years later; when this picture was taken I didn't yet have a real guitar and couldn't have played it if I did). I still have some of those cassettes; in fact, I've digitized a few of them and now I can listen to MP3 files of my much-younger self saying things that I now don't remember ever having said. Some of them were recorded over tapes Dad gave me that, prior to my using them, contained software code. At least one of those tapes contains some "Star Wars" music I recorded off the radio.

I wish I could read the text on the cover of the cassette player's manual, but the quality of this picture won't allow it. I probably didn't read the manual back then, either, since the buttons were all clearly labeled and the microphone only plugged into one jack. It wasn't exactly rocket science to use the thing.

I remember that snazzy denim outfit I'm wearing. (Whether in calling it "snazzy" I'm being serious or sarcastic I'll leave up to you to decide. I'm not actually sure myself.) I can remember wearing it to school, probably to Mrs. Martin's third grade class and maybe also, if I didn't grow too much that summer, to Mrs. Sutton's fourth grade class the next year.

And, man, look at the kitchen! That chicken/fruit basket wallpaper was great, and the giant wooden fork and spoon on the wall on either side of that violin-thing draped with plastic grapes (you can't tell that's what it is in this picture, but that's what I recall it being) is also pretty wonderful. The sign on the wall near the corner that says "Complaints to the cook can be hazardous to your health" now seems vaguely threatening and ominous, but no one back then would have seen it that way. That simulated-brick tile floor really completed the faux-rustic feel of the place. I don't remember having a round table, though; what I picture when I think about the kitchen when I was growing up is a rectangular table up against the wall beside the counter, which probably wouldn't have even been visible in this picture. Clearly, however, I am standing at a round table. Maybe the other table came later.

What's really amazing is that only ten years later I was graduating from high school and starting college. I realize now what a short time ten years really is, but I doubt that the high-school-senior me of 1985 would have looked at this picture and said, "Seems like only yesterday." (However, it's true that I did change a lot more in the ten years from 1975 to 1985 than I did in the ten years from 2011 to now.)

Posted by Chris Burdett at 5:07 PM