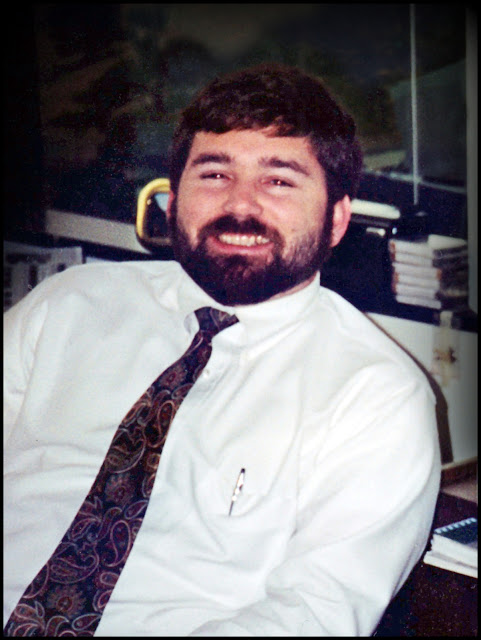 Two years ago today my friend Kevin went home to be with the Lord.

If he were still with us, Kevin would be 60 now -- twice the age he was in this picture (which, yes, was taken thirty years ago). As we see him here, Kevin was young and (relatively) newly married; he was still a couple of years away from becoming a parent for the first time, nearly a decade away from completing his Ph.D., almost a dozen years from starting his career in academia, twenty-five years away from publishing his book (Cognitive Psychology of Religion, of which he was justly proud). I'm glad to revisit this picture of him from when I had known him only a year or so, happy to know he would someday achieve all of those things. But it also breaks my heart a little to see him so young, so long ago.

Posted by Chris Burdett at 6:33 PM