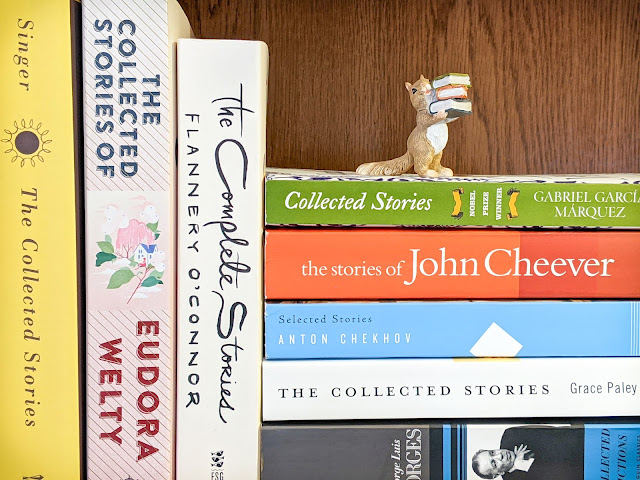 I love short stories. As I've written before, it's my favorite literary form, and there are Great and Important writers--Anton Chekhov, Raymond Carver, Grace Paley--whose published prose writing consists entirely of short stories (though Chekhov also wrote plays, of course, and Carver and Paley both wrote poetry), and other writers who did write novels but are remembered primarily for their short fiction: Eudora Welty, Isaac Bashevis Singer, John Cheever.

I've never managed to finish Moby-Dick, though I've started it several times and gotten about half-way through, but I've read "Bartelby" more than once and I love it. (I think I may have written a paper on it when I was an undergraduate, but I have no idea what I said; probably a bunch of that annoying claptrap that I was so full of in my late teens and early twenties. If you knew me back then: Man, I'm really sorry. I'm better now. I really hope so, anyway.)

Don't get me wrong: I do like novels. I used to read a lot of them. I often wish I read more of them these days. I really wish I could read more novels--but I'm kind of a slow reader, and frankly I can't often sustain interest for that long anymore in one story, in one plot. Usually after half an hour or forty-five minutes, maybe an hour, I'm ready to move on to something else.

Which is why the short story is perfect for me.