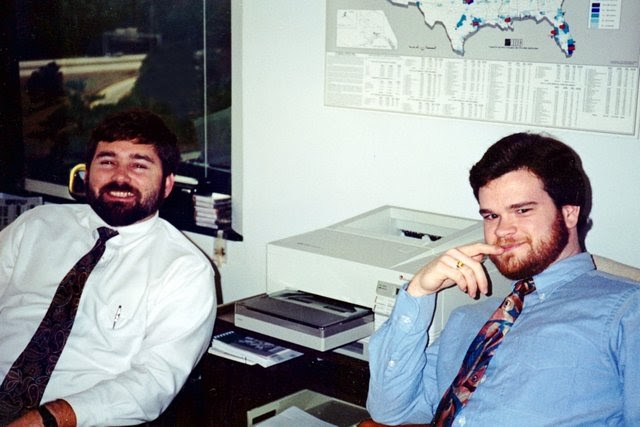 This picture was taken at the ExecuTrain office on Abernathy Road in, I think, 1992; it shows a twenty-five-year-old me and Kevin Eames, who was one of the finest people I've ever been privileged to call my friend. I'm grateful that I knew him for twenty-nine years--a long time by many measures, but not nearly as long as I'd hoped.

Kevin passed away two weeks ago after complications from open heart surgery. I was devastated to learn that he's gone. I miss him.

I'm quoting this from Kevin's obituary in The Chattanoogan:

The full obituary is here: