Today I went to Elyse's school for her class's year-end party. There were about a million kids, half a million parents, games, and ice cream. Here are some of the pictures I took:

This was, obviously, a cup-stacking game: 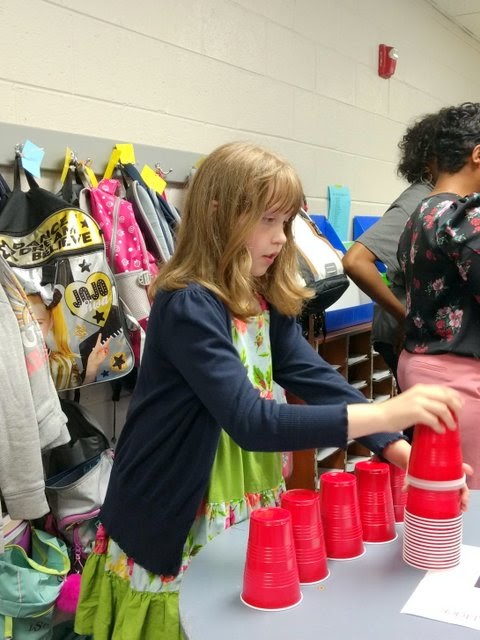 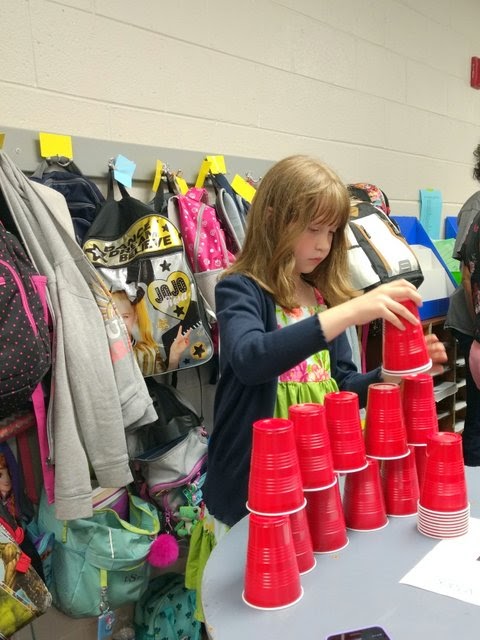 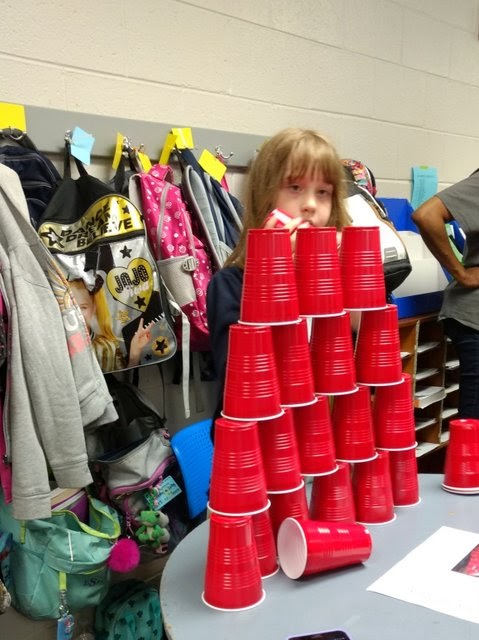 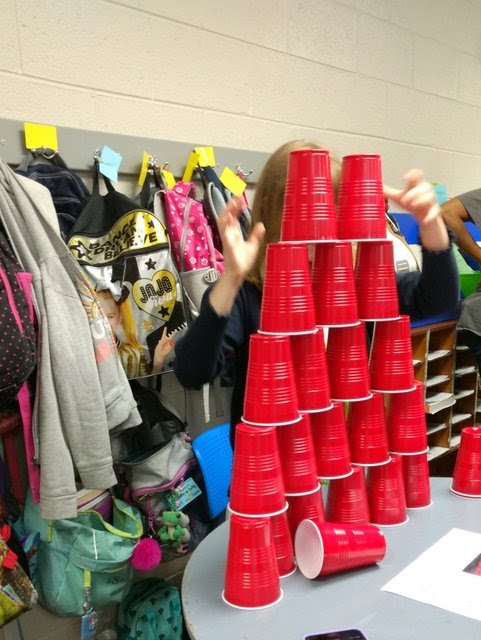 Here you were supposed to use suction to pick up M&Ms with a straw. It looked hard: 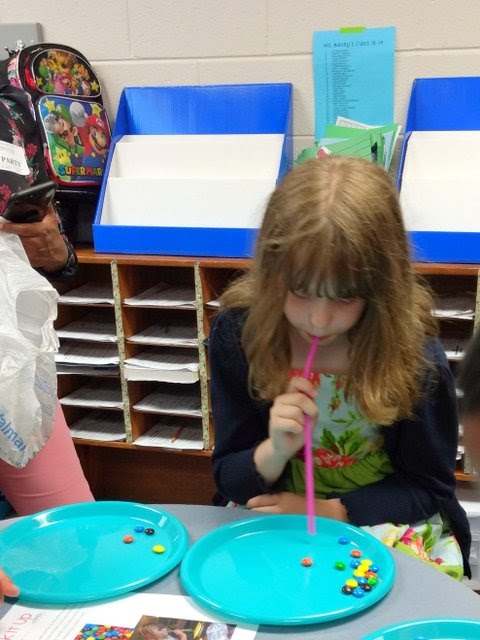 She dropped her Oreo from the Balance-an-Oreo-on-your-face game: 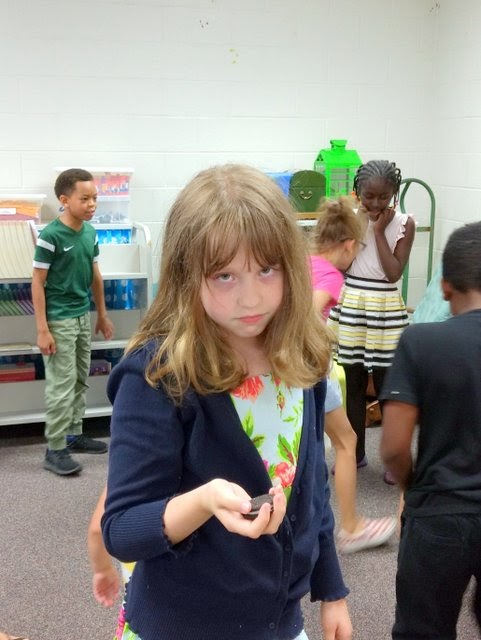 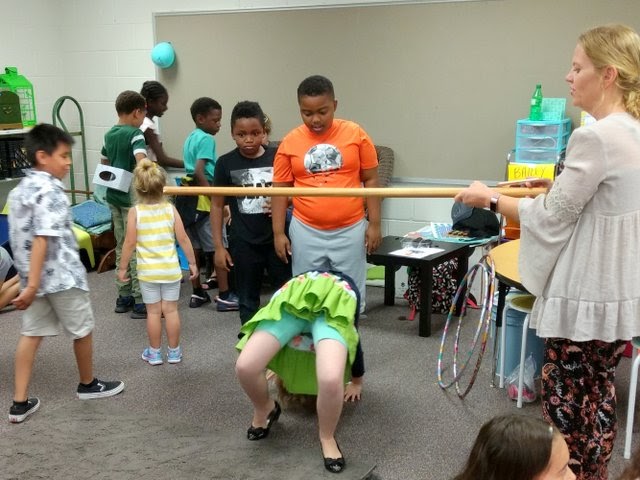 Ice-cream toppings, of which I took none: 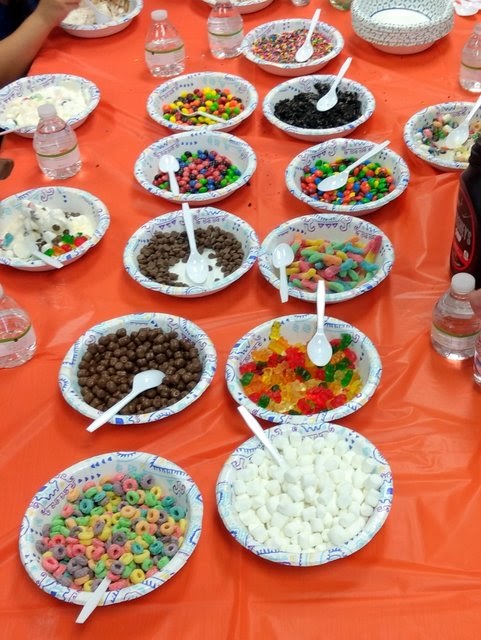 (I could have had some if I'd wanted, but I tried to behave like a responsible adult.)