Today we said goodbye to Jupiter (or "Buddy," as the girls insisted on calling him), our sweet black and white boy. He was only a couple of months away from being seventeen years old, but his kidneys were failing and his quality of life was suffering so we had to let him go. Anna and I are heartbroken; as I write this, we haven't yet told the girls, who are at Granny and Pa's house.

Here are some pictures of Jupiter with the girls from the last couple of years: 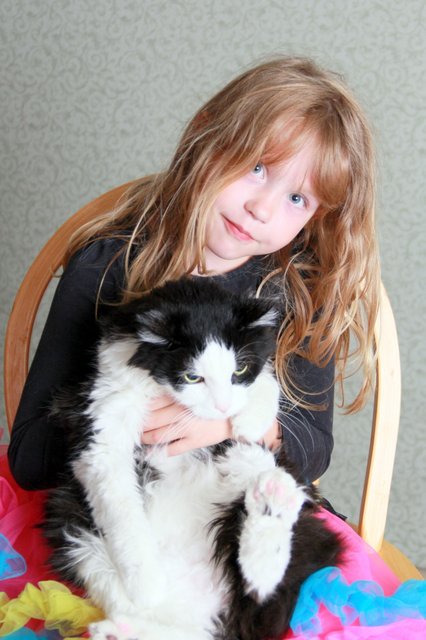 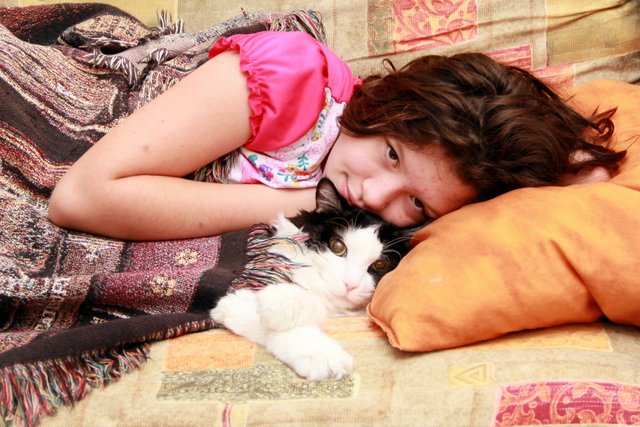 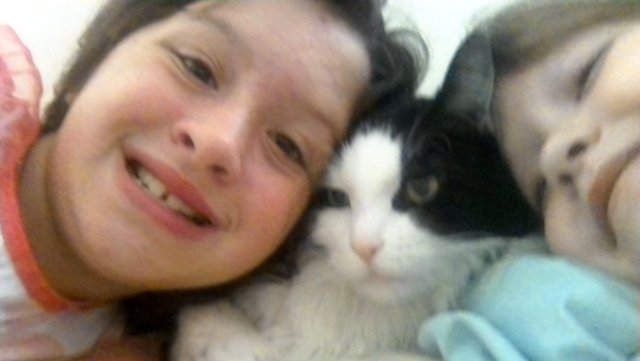 And here's Jupe with me and with Anna when he first came to live with us back in March of 2001: 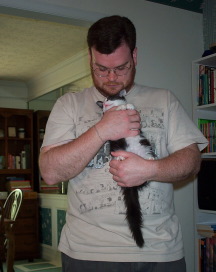 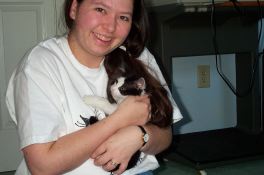 Update: My parents brought the girls home around 5:00, and we broke the news to them. They were upset, of course, but they took it pretty well. Jessica knew that Jupiter had been very sick for the last few days, so we think she had been preparing for this possibility, even if she didn't realize it. Elyse knew, too, but at seven (nearly eight, actually), she's not quite as aware of these things as her older sister.

It's hard to believe we are now a one-cat family. When Anna and I got married we had six cats, which, in those days before we had children, didn't seem like too many. I wouldn't want to go back to that many cats again, but I miss them all as individuals, and I'm grateful we had the time with them that we did.
Posted by Chris Burdett at 4:19 PM