On Friday, November 19th, Elyse was ten months old! Here she is on Mommy's knee, showing off her new princess ballerina pajamas: 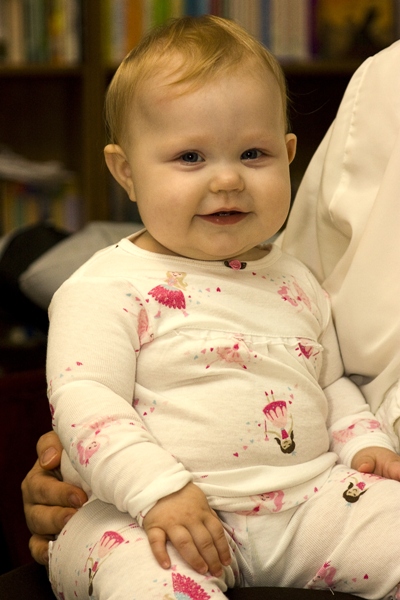 Over the weekend we went to Vines Gardens for a mid-Fall picnic. Jessica found a remarkably large leaf: 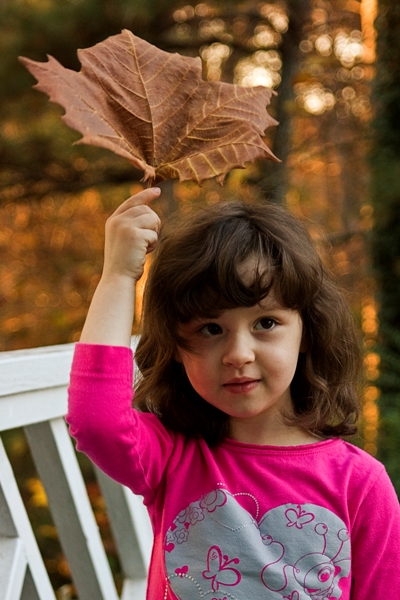 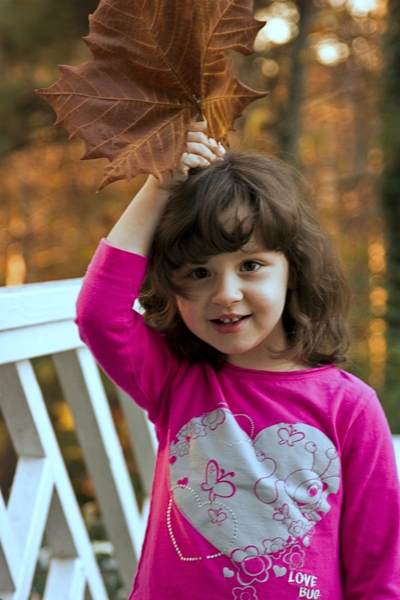 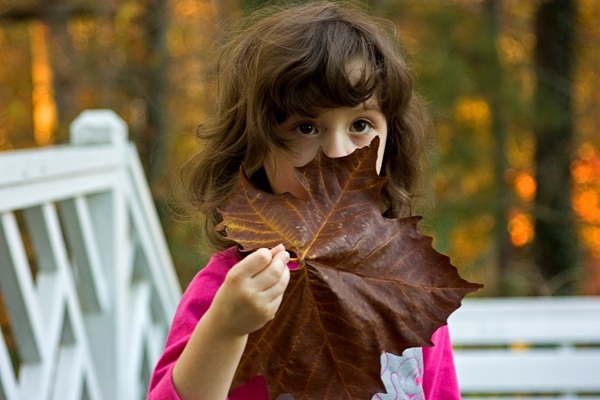 This is what Vines Gardens looks like in the fall: 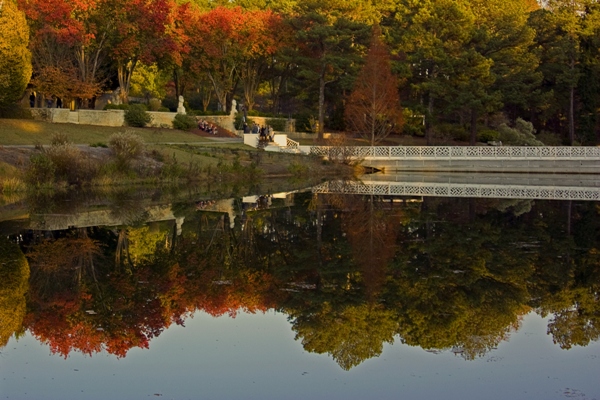 Of course, most of the trees are evergreens, and this was fairly late in fall--almost exactly a month away from the beginning of winter, in fact--so the splendid autumn colors are not as in evidence here as they are in other places at other times. Still, the trees in the upper left of the picture give a sense of how majestic fall can be.

Also, if you look closely enough you'll notice that there's a gathering on the steps just beneath the red and orange and golden leaves. An extended family was posing there for a series of family portraits, including one of the grandparents and their twenty-one grandchildren.

There's a general truism that if you go to Vines Gardens and there are more than five cars in the parking lot, there'll be at least one photo session going on. The day we were there, I counted no fewer than five photo sessions. One was a couple and their three dogs, one of whom, a Basset hound named (I believe) Cash, made a break for it just as we walked by. But, being a Basset hound, he got only about fifty feet before he was content to sit down and let himself be caught.
Posted by Chris Burdett at 11:11 PM