Tuesday and Wednesday, days 3 and 4 of our trip, were spent almost exclusively in travel. On Tuesday we drove and drove and drove through parts of Illinois that were flat, through some that were hilly, and through bunches (as I hinted at before) were there was a good deal of road construction going on. We stopped for gas near Knoxville, IL, and I got out of the car for a few minutes to take pictures. Here are a couple of them: 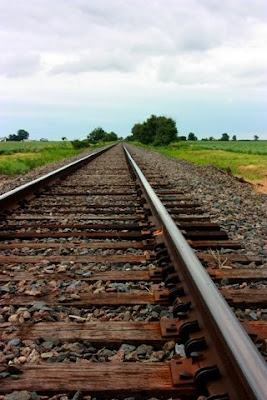 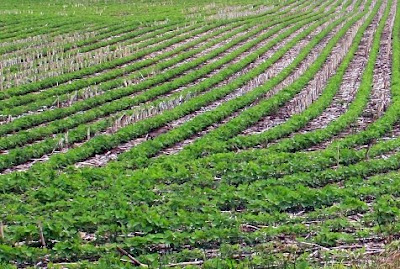 (I don't know what was growing in these fields, I just like the lines and curves. I'm a photographer, not an agronomist.)

After we crossed over into Iowa, we stopped at a rest area to, well, rest, and Anna and Jessica did some drawing with the sidewalk chalk. When I asked Jessica to make a funny face for the camera, she stuck out her tongue: 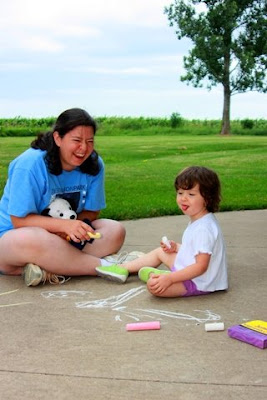 This is the squid Jessica drew: 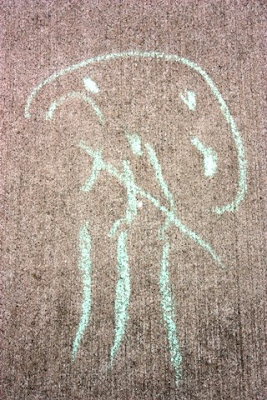 We spent that night in Cedar Rapids, IA, and had dinner at the CiCi's there. We eat at the CiCi's in Snellville (about seven miles from our house) at least once a week, and we try to work in a CiCi's when we're on the road.

The next morning we made a quick trip to the Barnes & Noble just a mile from our Comfort Inn, and then headed out into the chilly midwestern morning. (The temperature was a good 30 degrees cooler than what we'd been used to just a few days earlier in Georgia; in fact, I think my car's thermometer didn't read even as high as 70 until we were nearly out of Iowa. And we brought nothing but short-sleeved shirts and short pants!)

We stopped at yet another Iowa rest area, ate some mediocre pizza from the convenience store across the street (the Arby's sign lured us in, but when we got there we discovered the Arby's wasn't yet finished), and Jessica played for a bit: 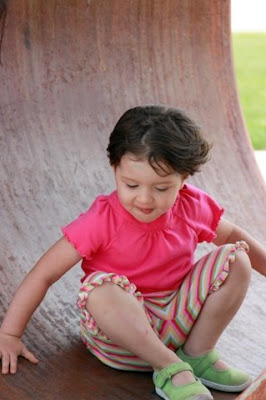 while I took pictures: 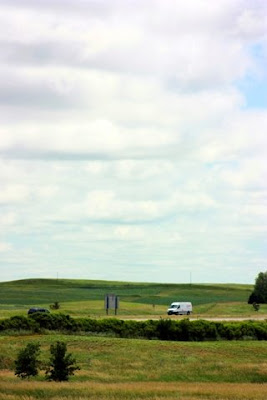 After this break, we went nearly non-stop until we arrived at Anna's mom's house in Faribault, Minnesota.

(Click here to read about the next part of our adventure.)