We set out Sunday morning at 9:00, and had a fairly uneventful drive up through the top of Georgia. Around 11:00 we made it to the Tennessee Welcome Center in (or near; we're not sure) Chattanooga: 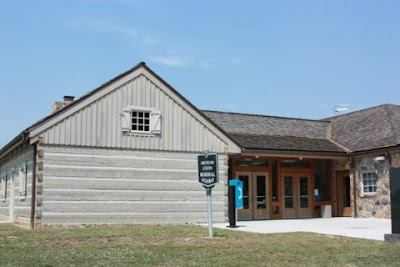 (Yes, I know it's not an exciting place. But if you ever go there, this is what you'll see.)

We were fortunate enough to meet Kevin Eames and his family for lunch in Lookout Mountain. The Lookout Mountain Cafe, where we've met them a few times before, was closed for renovations, so we ate at the new chicken fingers place, Gutherie's, only a stone's throw away.

After lunch we went outside to visit for a while, and to be entertained by Jessica's running and climbing and gesticulating and her impromptu monologue about squids, armadillos, witches, and whatever else was on her mind: 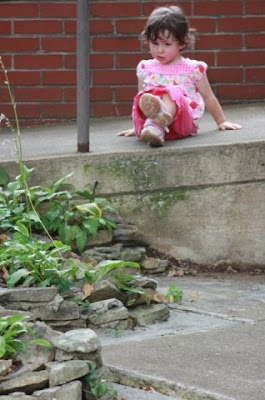 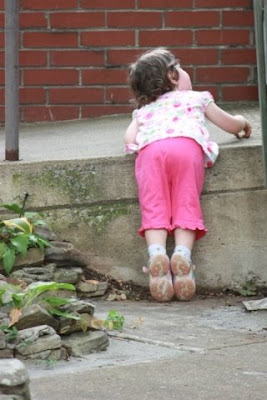 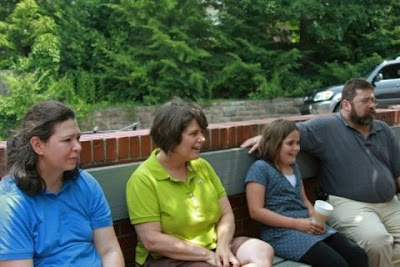 It was great to see Kevin and Lisa and their family; I wish we could see them more often. But at least we see them more now than when they lived in Iowa!

After we said goodbye to the Eameses, we went only a couple of miles away to one of my favorite places, Rock City Gardens. I have pictures of myself at Rock City that go back nearly forty years, which is just about as far back as I can go without being in utero (or non-existent). I can't remember a time when I didn't love it there, and I was eager to take my little girl there.

I'm happy to report that Jessica loved Rock City as much as I do, though I'm not sure what this face was all about: Jessica and Anna indulged me by posing as Humpty Dumpty: 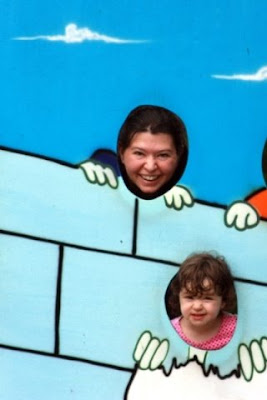 And Jessica made a new friend in the Rock City Maine coon cat (a stray rather than an official resident, I think, but they seem to take good care of her): 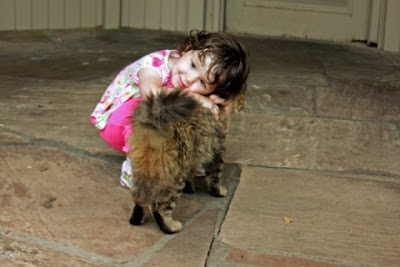 I had no luck in getting a full family picture in front of the Rock City Gardens June 2009 bench, but I at least talked myself into posing there: 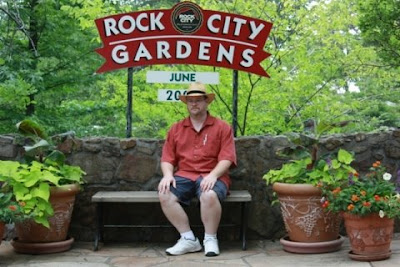 (The bench is there even when it isn't June 2009. They just change the sign.)

In many ways, Rock City reminded Jessica of Stone Mountain--which is why she had such a hard time staying on the path: However, unlike Stone Mountain, Rock City has Fairyland Caverns, where you can see, among a great many nursery rhymes, Jessica's former favorite, Humpty Dumpty: 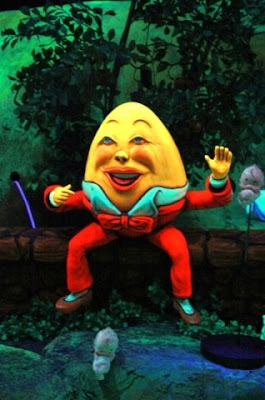 Later, after we'd circled Mother Goose village about a million times, Jessica and I posed in front of a vintage fire truck: 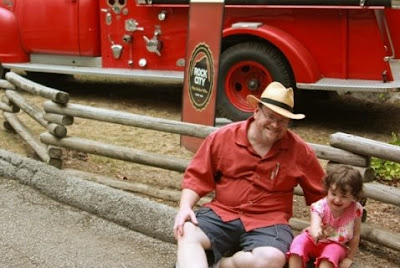 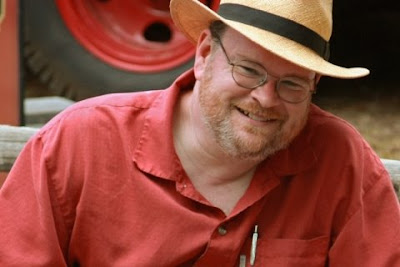 Here are a few pictures I took in a study of that beautiful truck: 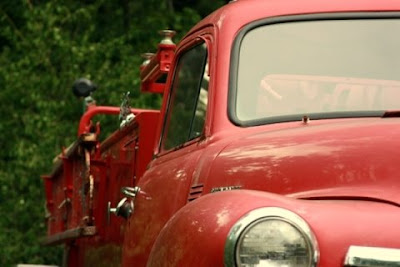 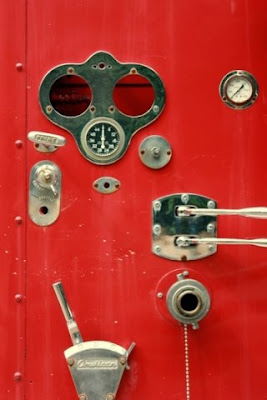 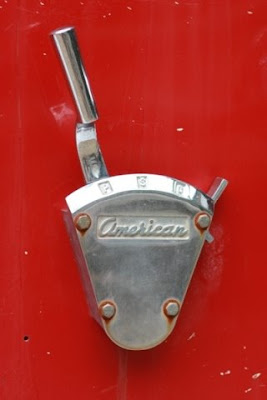 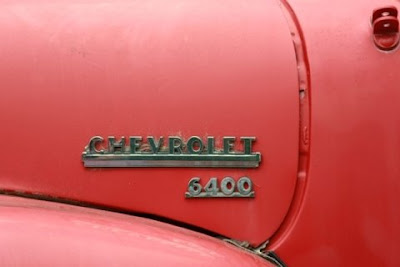 And finally, Jessica after a full day of walking: 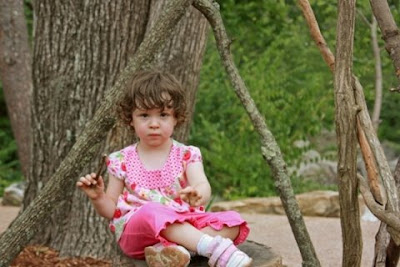 Before we left, we wandered through the gift shop and I bought a copy of my friend Tim Hollis's new book, See Rock City. I'm looking forward to reading it.

The rest of the day was fairly uneventful. We drove for a couple of hours to Clarksville, TN, where we spent the night (we passed Mickey Dolenz at the train station), and Jessica and I went on a late-night trip to Wal Mart to get toothpaste for her, and Pop Tarts for me.

And so ended our first day out on this trip.

(Click here to read about the next day.)
Posted by Chris Burdett at 1:18 AM