She came home to live with us a little over a week ago, on Tuesday, January 30, after spending the first six days of her life in the NICU. We were, as you can imagine, overjoyed to finally bring her home.

She is doing very well; in fact, she was up to four pounds at her doctor's visit last Friday. I suspect she'll be up to five pounds before the month is over. Anna and I are doing okay too. We're very tired but quite happy.

Jessica is an alert and interested baby; she studies the faces of new people and the walls of new rooms intently, and the mobile over her crib keeps her happy for...well, we don't know exactly how long, since it shuts off automatically after fifteen minutes, but at least for fifteen minutes. We've read Dr. Seuss's ABC and Are You My Mother? to her several times, and, while I'm not sure how well she's following the plots or if she's getting much out of the pictures, she's intrigued by the sounds of our voices as we read, interested in our hands as we turn pages, and delighted that we're focused solely on her. We're delighted right back.

She's also a real wiggle worm. If we don't put her diapers on tight enough, she can squirm almost all the way out of them. I've taken to calling her the Houdini of Huggies (though she's actually wearing Pampers).

And speaking of Pampers, we may be going to the bank soon to take out a second mortgage on our house to keep her in those diapers. As Veta Simmons says in Harvey, "babies do need changing, you know." She can go through a pack of 20 Pampers Swaddlers in less than 48 hours. 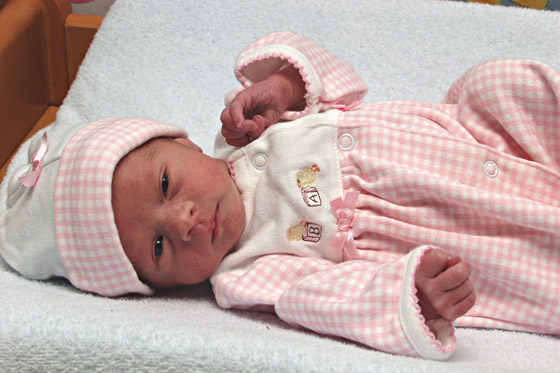 We don't know what caused Jessica to be so small; the doctors call it Intrauterine Growth Restriction (IUGR), and it can result from a number of things, including various viruses and problems with the placenta. None of those things seemed to be a factor in Jessica's case, however; she's just a very small baby. It's likely there will be no long-term problems as a result of her being an IUGR baby, and she will probably catch up to typical-size babies by the time she's two.

Thanks to everyone who has sent us packages and cards and notes; we are buoyed by the knowledge that we have such supportive family and friends. Jessica sends her thanks too.

Here are a handful more pictures from the last couple of weeks:

Only a few hours old, in the NICU: 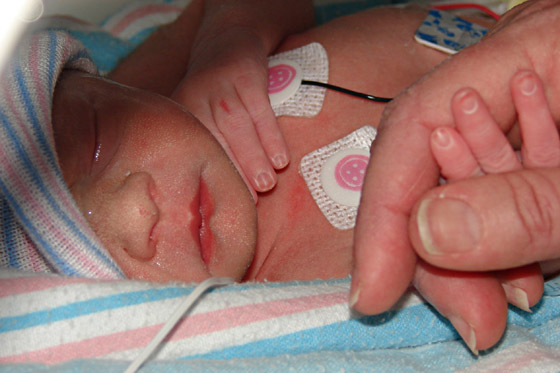 Daddy feeding Jessica in the NICU when she was two days old: 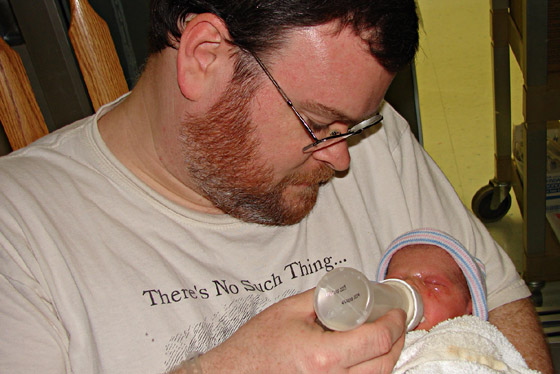 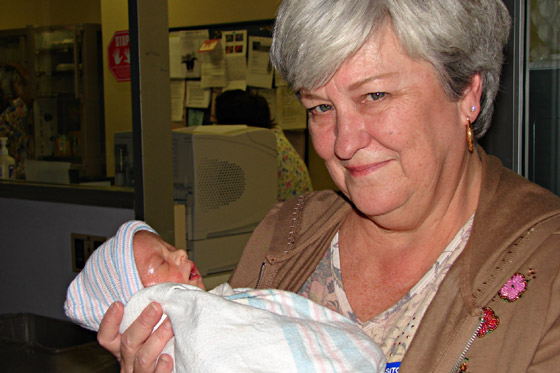 Home at last, in the arms of Mommy: 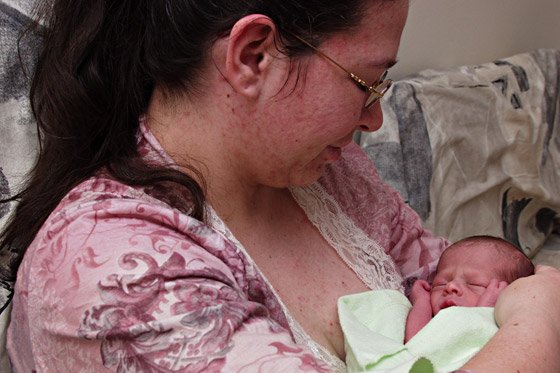 Finally sleeping in her own crib: 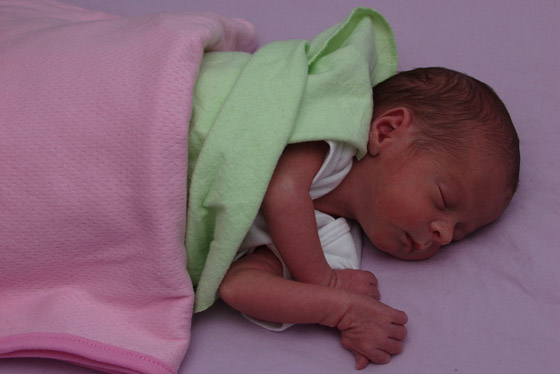 Mommy feeding Jessica on our own sofa: 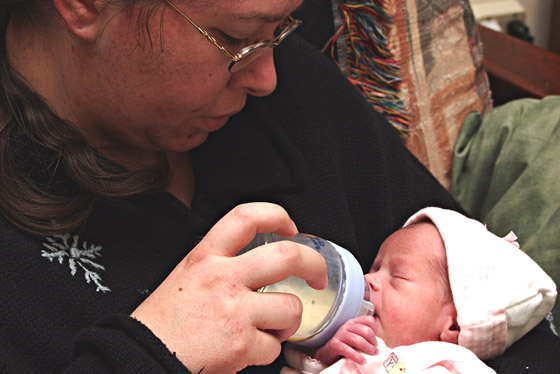 Posted by Chris Burdett at 8:51 PM